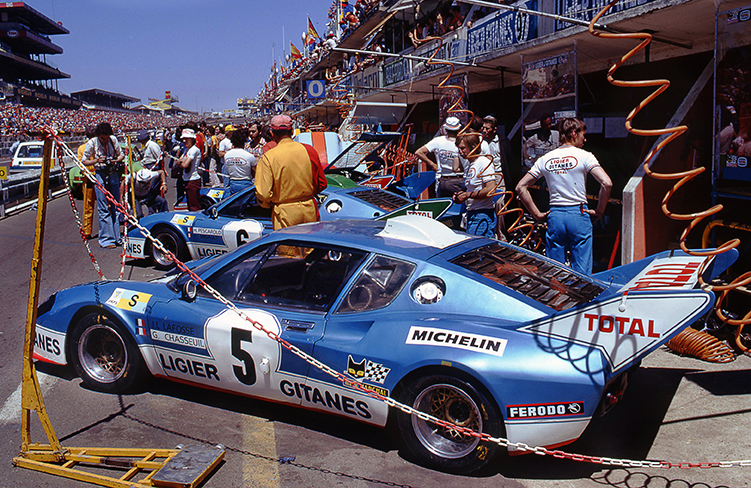 A special Ligier edition for the 2021 Sport & Collection event

Just over a month to go to the Sport & Collection event on 3-4-5-6 June 2021 on the Val de Vienne circuit in France. The organiser has reserved a special place for the French constructor at the 27th edition with historic and modern Ligiers on display and also on the track. It provides Ligier with a marvellous opportunity to showcase its 52 years in both French and international motor sport!

While the French constructor has always taken part in this major event on the French automotive scene, this year it has been given pride of place.

Some 15 historic and modern Ligiers will be on show in the paddock. From Formula 1 cars that bear witness to the 21 seasons spent by the make in the discipline as well as Ligier JS2s, the one and only road-going Ligier built to date.

Alongside these historic cars are models designed in recent years to illustrate the revival of the make after it was taken over by Jacques Nicolet. Two LMP2s with a Ligier JS P2, the car that gave the constructor a mythic triple with victories in the 24 Hours of Daytona, the 12 Hours of Sebring and the Petit Le Mans in 2016, a Ligier JS P217, the latest-generation LMP2 that finished third in its category in the 2018 24 Hours of Le Mans and fourth in 2019. A Ligier JS P3 will also be exhibited, the first-generation LMP3 which, since its launch in 2016, has racked up a total of 10 titles on the European continent (four in the European Le Mans Series, three in the V de V Endurance Series, two in the LM P3 Cup and one in the Ultimate Cup Series) plus nine in the rest of the world (two titles in the IMSA Prototype Challenge, four in the Asian Le Mans Series, two in the Asian Le Mans Sprint Cup and one in the USA FARA Endurance Championship in 2019).

The Ligier JS P4 Art Car by French artist Nairone Defives that celebrated the 50th  anniversary of the make during a unique 24-hour performance at the 2019 24 Hours of Le Mans, a Ligier JS P3 and the Ligier JS2 R, the latest Ligier GT, will also be on display.

Four cars will be available for practice runs and track baptisms: a Ligier JS P320, the make's latest sports prototype that has already scored victories in the 24 Hours of Daytona and the 12 Hours of Sebring in 2021, a Ligier JS P217, a Ligier JS2 R and a Ligier JS P4.

Jacques Laffite, iconic driver in the French blue, white and red colours, will be present at the event.

“We are very happy to celebrate the Ligier saga at the 27th edition of Sport & Collection,” says Jacques Nicolet, the President of Ligier Automotive. “It's a really great meeting that has managed to install itself and occupy an important place on the scene of rendezvous for dedicated motor sport enthusiasts. What's more, it's an event that enables us to join forces to fight against cancer. We'd like to thank Jean-Pierre Doury and all the members of his organisation for giving Ligier pride of place at this edition after Matra in 2020.”