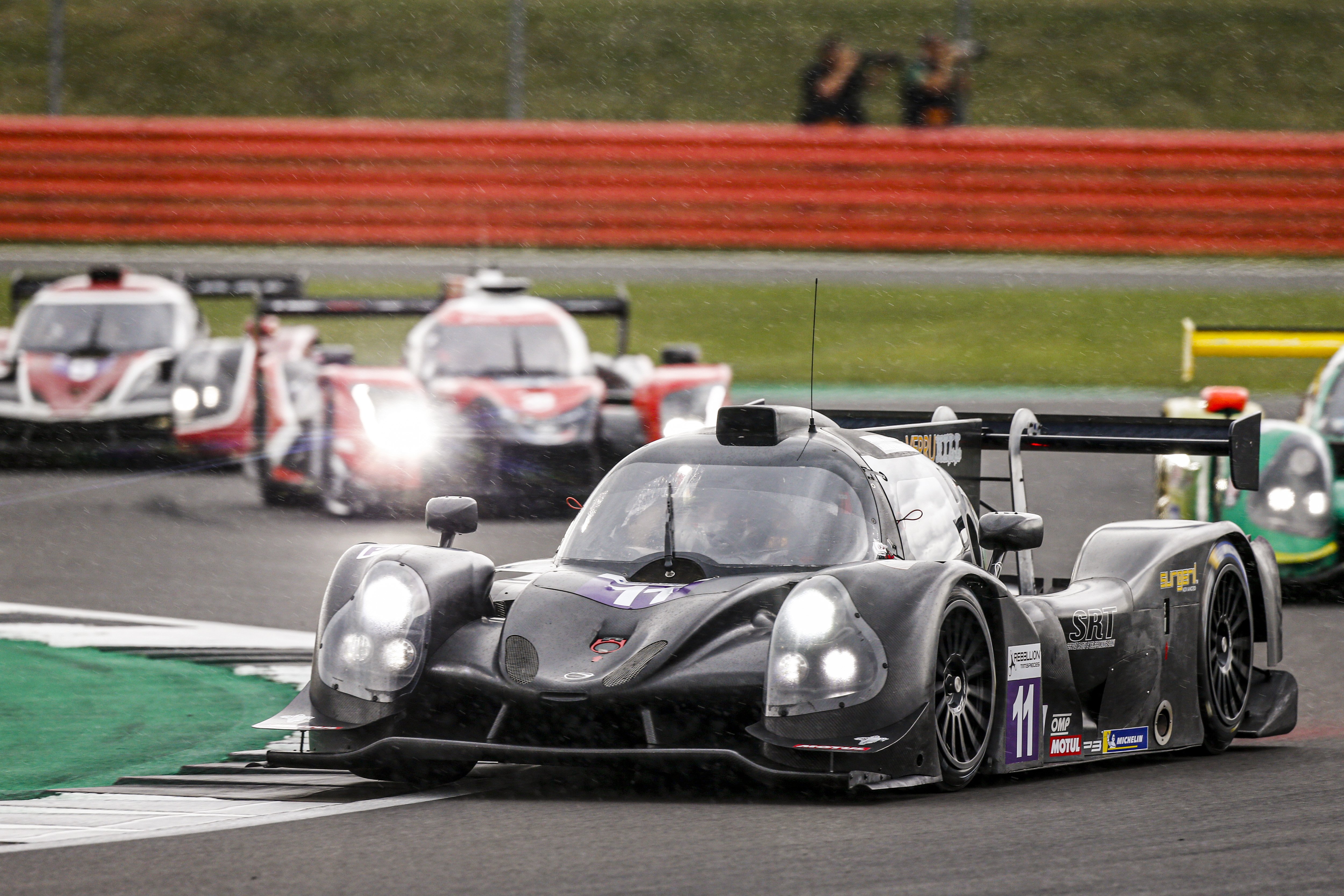 30-31 August 2019, fourth round of the European Le Mans Series on the Silverstone circuit. It was a hectic race full of twists in which the Ligier JS P3s dominated with a 100% top four finish! The #11 Eurointernational Ligier JS P3 led for 95% of the race and clinched its second victory of the season. The #13 Ligier JS P3 run by Inter Europol Competition finished second scoring its fourth podium of the year. The #2 United Autosports Ligier JS P3 came home third followed by the #6 360 Racing Ligier JS P3. With two races to go till the end of the season the Ligier JS P3s monopolise the Top 3 in the provisional classification of the LM P3 class. In LM P2, the #24 Panis-Barthez Compétition Ligier JS P217 had a great race and was fighting at the front for several hours before taking the chequered flag in fifth place.

The start was given in Wet Race conditions under threatening skies. It soon began to rain and after only five minutes the majority of teams decided to fit wet-weather tyres.

The #11 Ligier JS P3 entered by Eurointernational driven by Mikkel Jensen and Jens Petersen that started in fourth place kept its slick tyres and took the lead in LM P3 on lap 4. None of its rivals managed to dislodge it from first place and Jensen set the fastest lap in the race in 1m 55.016s. The #11 crossed the finishing line in first place.

Hot on its tail came the #13 Inter Europol Competition Ligier JS P3 of Martin Hippe and Nigel Moore. They started from last place on the grid and quickly picked off their rivals one by one. In the final hour Moore closed the gap, but it was not enough to overtake the #11 Eurointernational Ligier JS P3.

First twist: the winning #11 Ligier JS P3 was demoted to second place following a 30-second penalty for not respecting a black and orange flag so it was the Inter Europol Competition drivers who climbed onto the topmost step of the podium. A few hours later there was another upset as the #13 Inter Europol Competition Ligier JS P3 was handed a 1m 43s penalty for not respecting the driving time limit for their Bronze driver! The penalty was added to the team's time and Eurointernational recuperated its victory!

This was Eurointernational's second victory after Monza and the team's third podium of the season. Inter Europol Competition has shown great consistency finishing on the podium at each race (a victory, two second places and a third).

The #2 United Autosports Ligier JS P3 driven by Garett Grist, Tommy Erdos and Wayne Boyd also had a good race. #2 started in eighth place, but had to pit at the end of lap 1 to replace a punctured left rear tyre after contact in the opening corners. At half distance it was lying second before being caught by the #13 Inter Europol Competition car. It was the team's third podium finish on the bounce this year and its fifth at Silverstone with the Ligier JS P3 since its debut in the category in 2016.

Its sister car, #3 driven by Christian England and Mike Guasch, had a big shunt at half distance when in second place. The car slammed into the concrete wall. Mike Guash was taken in for a complete check-up. He left the hospital yesterday evening and hopes to be back in time for the next round at Spa. The entire Ligier Automotive wishes him a speedy recovery.

The #6 Ligier JS P3 entered by 360 Racing for Terrence Woodward-James Dayson-Ross Kaiser saw the flag in fourth place and its team-mate #5 in the hands of John Corbett, Andreas Laskaratos and James Winslow in sixth place.

With only two races to go (Spa-Francorchamps and Portimao) the Ligier JS P3s monopolise the first three places in the LM P3 overall classification. Inter Europol Competition leads the dance with 76 points, Eurointernational is second only 7 points behind the leader with the #2 United Autosports Ligier JS P3 in third spot.

In LM P2, the #24 Ligier JS P217 run by Panis-Barthez Compétition driven by Timothé Buret and Konstantin Tereschenko put on a great performance. The Ligier JS P217, which started 15th, pulled back four places at the beginning of the race. After fitting intermediate tyres Tereschenko was in fifth spot taking advantage of good top speed. After 25 minutes racing and the first Full Course Yellow, he was third and set several fastest laps in the race. After the second Full Course Yellow, he was second. It was now Timothé Buret's turn and he held on to third place. With an-hour-and-a-half to go he was in first place during a safety car deployment. Tereschenko got back behind the wheel and after a few good scraps, with Jean-Eric Vergne among others, #24 crossed the finishing line in fifth place.

Rendezvous in a few weeks for the fifth round of the championship on the Spa-Francorchamps circuit on 22nd September.