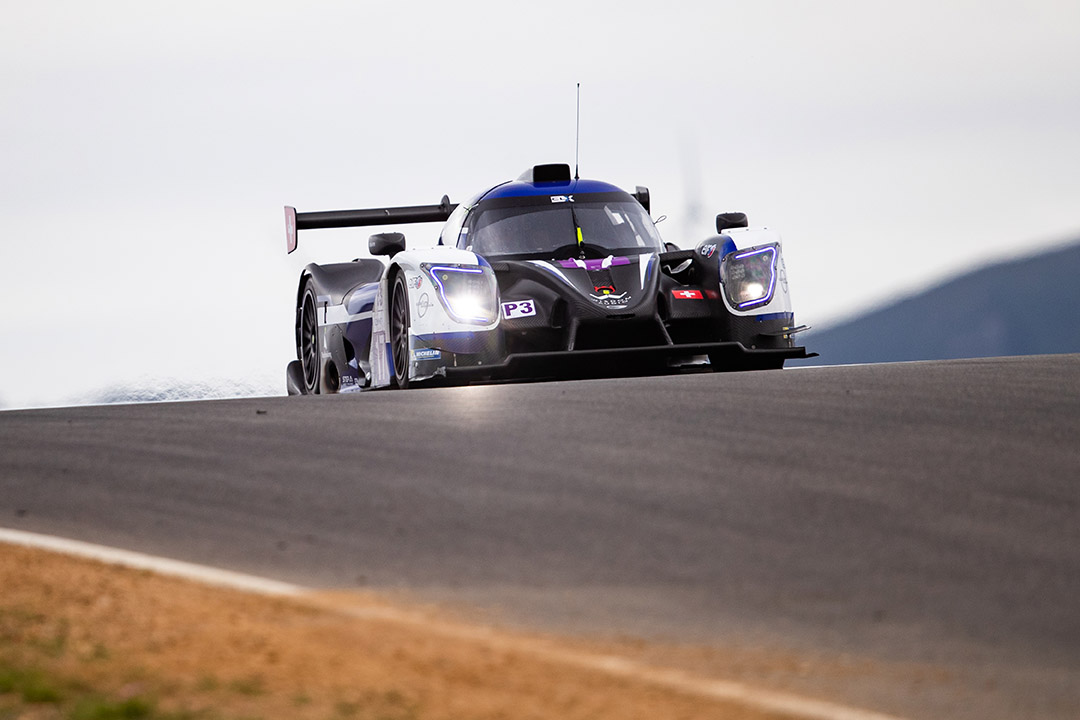 16 October 2022 - The 2022 European Le Mans Series season concluded in Portimão, Portugal. It was time for the final duel for the LMP3 Championship between Europol Competition (Ligier JS P320 #13) and COOL Racing (Ligier JS P320 #17). At the end of a thrilling race, the Swiss team won the title and even scored a double podium with its second car, the #27, finishing third. The #2 United Autosports Ligier JS P320 finished second. The French constructor clinches its fifth LMP3 title of 2022.

The season finale kicked off with an all-Ligier JS P320 top five in free practice 1. The #13 of InterEuropol Competition (Charles Crews, Nicolas Pino and Guilherme Oliveira), which was leading the general classification following its win at Spa-Francorchamps last month, set the pace in free practice 2 with a best lap of 1:37.704. Its rival in the LMP3 title race, the #17 of COOL Racing car (Malthe Jakobsen, Maurice Smith and Michael Benham) was less than twenty-one-hundredths of a second behind.

And it was the COOL Racing Ligier JS P320 that took pole position on Saturday, 15 October. Denmark's Malthe Jakobsen has been the driver to beat in qualifying since the start of the season in April at Le Castellet. Six pole positions for the #17, a clean sweep for the team. Malthe Jakobsen was the fastest of the LMP3 field with a time of 1:37.100s. The #13 of Inter Europol Competition qualified second.

Sunday, 16 October, the moment arrived. After a last-minute shower, the LMP3s lined up on a wet starting grid. After two formation laps, the #17 Ligier JS P320 moved up amongst the LMP2s to try, and outrun the #13. The #10 of Eurointernational (Xavier Lloveras and Miguel Cristóvão) was third, ahead of the #7 of Nielsen Racing (Anthony Wells and James Littlejohn). On lap six, the #13 took the category lead from the #17. A few minutes later, the #7 was pushed off the track by an LMP2 competitor and retired. The #2 of United Autosports (Bailey Voisin, Finn Gehrsitz and Joshua Caygill) inherited third place.

The opening round of pit stops took place shortly after the start of the second hour of the race. As it exited the pitlane, the eleventh-placed #6 Ligier JS P320 of 360 Racing (Terrence Woodward, Rosser Kaiser and Santiago Concepcion Serrano) idled and stopped at the side of the track. Yellow flag. The #13 still led the race ahead of the #10 of Eurointernational and the #2 of United Autosports. The #17 was fourth.

At half-distance, the #13 Ligier JS P320 sled the LMP3 category with the #2 behind it. The second United Autosports car, the #3 (James McGuire, Kay Von Berlo and Andrew Bentley), was fourth behind the #17 of COOL Racing.

As hour three drew to a close and they were leading the category, the #13 Ligier JS P320 was hit by an LMP2 and spun. With another yellow flag period, the #13 stopped in the pits but lost the lead to the #17 on track. The overall leader came out third behind #2 but overtook it a few minutes later. The gap to the #17 continued to grow, but everything was still to play for: to win the championship, the #13 had to finish at least seventh.

With 30 minutes go, the #2 and #3 Ligier JS P320s were second and third. The #13 was fourth ahead of the #27 of COOL Racing (Jean-Ludovic Foubert, Antoine Doquin and Nicolas Maulini). Was fate getting the better of the #13 Ligier JS P320? As it left the pits once again, it made contact with a GT car and ended up in the gravel trap with ten minutes to go. Any hope of winning the LMP3 championship was gone.

The #17 COOL Racing Ligier JS P320 won the 4 Hours Portimão and the LMP3 title by six points over the #13. The Swiss team scored a second podium result, with its second car, the #27, in third place. The #2 of United Autosports finished runner-up. The fastest lap in the LMP3 race went to Kay Von Berlo in the #3 United Autosports car.

This is the fifth LMP3 title won by the Ligier JS P320 in 2022. With the Ultimate Cup Series title secured, the French constructor's tally will rise to six titles. There will be only one more title to grab, the Prototype Cup Germany, to finish the season in style. Verdict in a few weeks.

For the complete results of the 4 Hours of Portimao, CLICK HERE.

For some information on the Ligier JS P320, CLICK HERE.