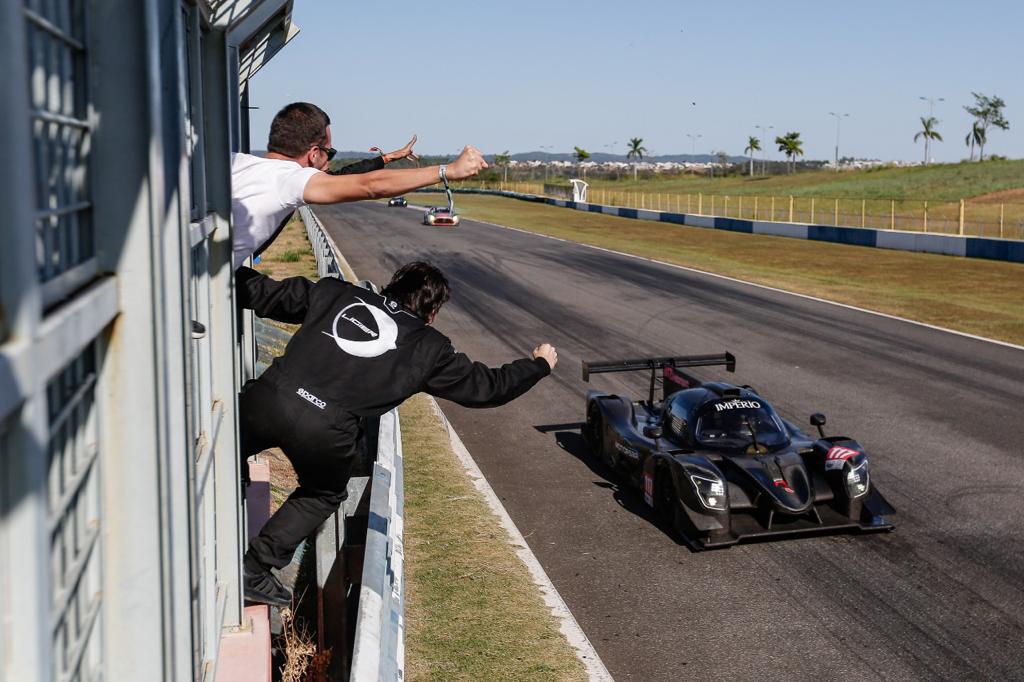 30th April 2022 – The #117 Ligier JS P320 in the colours of the BTZ Motorsports team won the first round of the Brazilian championship, the Império Endurance Brasil. The French constructor's sports prototype was also the focal point of a great deal of interest during the 4 Hours of Goiânia.

It was a great start for this fledgling team which took delivery of its Ligier JS P320 a few weeks ago. “I was very impressed by Ligier's product portfolio and the professionalism of production. I then travelled to Magny-Cours and had the opportunity to drive the JS P320 and that was when I made up my mind. The car is first and foremost very safe, but also fast and reliable,” explained Guilherme Bottura, driver of #117 and co-founder of the BTZ Motorsports team.

The Ligier JS P320, reliable and competitive against its rivals in Brazil

Hardly had the Ligier JS P320 arrived in Brazil when it set off for the Goiânia circuit. After several adjustments in free practice the team got down to the nitty-gritty in qualifying. “It was the first time we really pushed lap times and the result was already very good. That said, we still have a lot to improve in setting up the JS P320 to Brazilian tracks.” The Ligier qualified fifth.

Four hours racing on the track in the stifling Brazilian heat is a real test of a car.  But from start to finish the #117 Ligier JS P320 proved its reliability and consistency. It gradually worked its way up the time sheets and took the lead 45 minutes before the end of the race “We had a very competitive pace throughout the 4 hours. The consistency and reliability of the JS P320 was crucial for us to beat our competitors”, said Guilherme Bottura.

The #117 Ligier JS P320 triumphed in the first round of the Império Endurance Brasil. “It felt very good to win at such an early stage in our project. We did not even have a car a few days before the event. This win just confirms the strength of our team and the car”, assured Guilherme Bottura. “I am thrilled with the results. We had little time to prepare, but the team and the car allowed us drivers to deliver impressive performance. I am excited with the potential for the 2022 season”.

The second race in the championship will take place on the Interlagos circuit on 21st May. A new challenge for BTZ Motorsports determined to spread the renown of their Ligier JS P320 all over the South-American continent!

For more information about the Império Endurance Brasil, CLICK HERE.