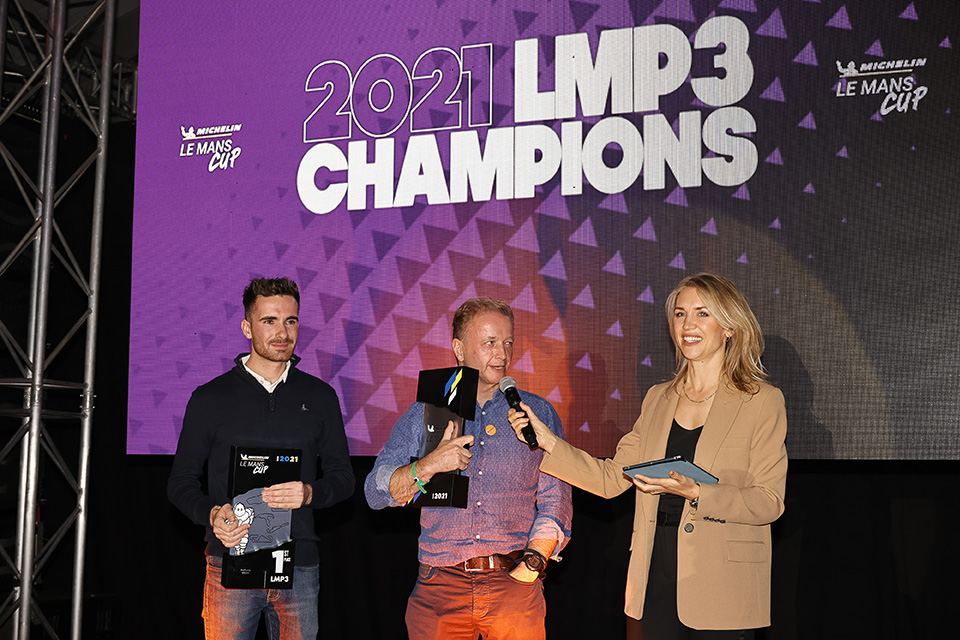 The final race weekend kicked off on Friday 22 October, with the first free practice session. The Ligier JS P320 set the top five times, with the #60 Phoenix Racing car driven by Frank Kräling and Conor de Phillippi setting the fastest lap of 1:38.006s. The next day's second session saw an all Ligier JS P320 top 8, with the #6 ANS Team JSE Management car and drivers Jonathan Brossard and Nicolas Schatz, setting the fastest lap of 1:37.090s.

Later in the day, the #37 COOL Racing Ligier JS P320 driven by Antoine Doquin (and Josh Skelton) clocked the best time in qualifying of 1:37.879s to claim the pole position. It was Antoine's third pole position of the season (Barcelona, Le Castellet and Portimao).

The last race of the season began on Sunday 24 October at 9:25 in the morning. The #37 COOL Racing Ligier JS P320 left the pits too late to take its place on the grid and was penalised. Instead of lining up from the pole, it started from the pits exit one lap after the rest of the field. Any hope of victory was gone.

From seventh on the grid, the #5 Phoenix Racing Ligier JS P320 with John Loggie and Mathias Bèche at the controls quickly moved up to third place. A safety car period resulted in a temporary loss of the lead in the race for the #15 RLR MSport car of Horst Felbermayr and Tommy Foster. But 60 minutes after the start, the #5 retook the lead of the race, ahead of the #25 of Racing Spirit of Leman with Jacques Wolff and Antoine Jung. The pace accelerated in the last 15 minutes. The #15 was again in the lead while the #5 stopped in the pits. The Nielsen Racing #7, driven by Anthony Wells and Colin Noble, was second. The slightest error committed by the championship leader could cost it a possible LMP3 title.

With five minutes to go in the race, the #5 Ligier JS P320 returned to the front and took the chequered flag more than 26 seconds ahead of the #25 Racing Spirit of Leman. Qualifying 16th, the #69 COOL Racing car with Matt Bell and Maurice Smith aboard finished just off the podium in fourth place. Conor de Phillippi put in the fastest lap of the race in the #60 Phoenix Racing entry, in 1:37.364s.

With two victories in France (at Le Castellet and in Race 1 of the Road to Le Mans) and a third place at Monza, the #7 Nielsen Racing Ligier JS P320 driven by Anthony Wells and Colin Noble has secured the 2021 LMP3 Championship title, after finishing fifth last year in a rival chassis. The #69 COOL Racing Ligier JS P320 with Matt Bell and Maurice Smith finishes the season as the runner-up in the class with two second places (one at Le Castellet and the other at Spa-Francorchamps) and a third place in Race 1 of Road to Le Mans.

The Ligier JS P320 adds a third European LMP3 title (2020 ELMS Champion, 2020 Ultimate Cup Series Champion) to its resume since its launch in European competition in 2020. In 2021, the Ligier JS P320 raced for the first time in North America. And the successes were not long in coming either. Winner of the 24 Hours of Daytona and the 12 Hours of Sebring, the Ligier JS P320 leads the provisional LMP3 standings in the IMSA WeatherTech SportsCar Championship and IMSA Prototype Challenge. The season finale for both championships will be run on 10-13 November at the Petit Le Mans.