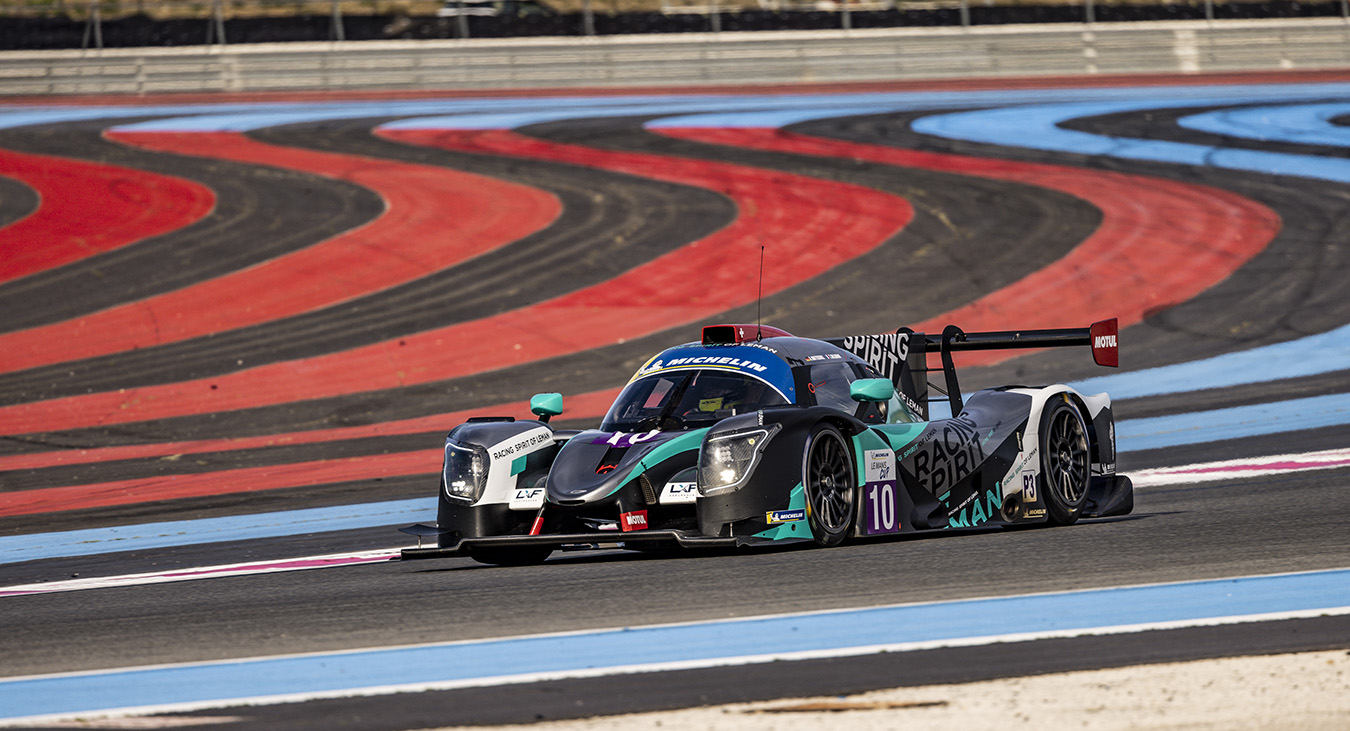 Michelin Le Mans Cup: An all Ligier podium in the season-opener at Circuit Paul Ricard

Saturday, 16 April 2022 marked the start of the European endurance season at Circuit Paul Ricard in France. A successful launch for the 24 Ligier JS P320s from 17 different teams with a 100% Ligier podium. Racing Spirit of Léman secured its first victory in the European championship with the #10 of Alexander Mattschull and Tom Dillmann. The MVS2S Forestier Racing team took second place with the #29 driven by Louis Rousset and Jérôme de Sadeleer. RLR Msport and the #53 driven by Tommy Foster and Martin Rich completed the top three.

Edition three of the Michelin Le Mans Cup for the new generation of LMP3 cars features a new format. The two-hour race distance is now 110 minutes, with only one mandatory pit stop.

The race got underway at 4:30 pm on Saturday, 16 April. The #29 MV2S Forestier Racing Ligier JS P320 with Jérôme de Sadeleer at the wheel started from the front row. Freddy Hunt (#76 Reiter Engineering) made a clean start and was in fourth place before being overtaken by Charles Crews (#17 IDEC Sport). At the front, the battle raged between LMP3 category newcomer Jérôme de Sadeleer and Alexander Mattschull (#10 Racing Spirit of Léman). The two drivers fought hard and swapped second place on several occasions.

The first Full Course Yellow was deployed to clear debris at Turn 5.

Pit stops began, and the #10 Racing Spirit of Léman was the first of the leading pack to stop while its rivals remained on track. Tom Dillmann jumped in the car. Several Ligier cars were fighting for second and third place. The #29 of MV2S Forestier Racing seized command of the race.

Tom Dillmann in the #10 Ligier didn't waste a minute coming out of the pits and began to make his way towards the leading cars. The #29 came in a lap later and exited the pits with Louis Rousset at the controls just ahead of the #10 Ligier. But Tom Dillmann showed determination and passed the leader just before the second Full Course Yellow. The #69 COOL Racing Ligier stopped on track between turns 5 and 6.

At the restart, Dillmann took off and extended his lead. Behind him, the #29 of MV2S Forestier Racing was comfortably in second place, followed by two other Ligiers, the #17 of IDEC Sport, now driven by Dino Lunardi and the #53 of RLR Msport with Tommy Foster. Lunardi closed the gap to the #29 but could not challenge for the position.

Dillmann went on for the win with a 17-second margin of victory. Racing Spirit of Léman claimed its maiden LMP3 victory in the Michelin Le Mans Cup.

“It was a tough battle, especially from the start onwards”, explained Alexander Mattschull. “We fought hard with different cars, and I managed to gain positions and ended my stint in P2 very close to the leader. Tom finished the job and got us the win. I think we will have a great season.”

“My teammate did a great job in qualifying”, added Tom Dillmann. “If I am honest, he made my life easy. He put in a great first stint. He was very smart with the tyres. He brought the car back to a great place, close to P1. Then I just had to focus on the undercut and push on the out lap. Unfortunately, I got caught up in quite a lot of traffic, that's why it was tight when they pitted, and I had to pass them on the first lap, which I did; from there, I didn't push, and I just maintained the lead, managing the tyres in case of a safety car. Probably the easiest win in my life thanks to my teammate”.

The #29 of MV2S Forestier Racing took the chequered flag in second place, 3.4 seconds ahead of the IDEC Sport's #17. Tommy Foster in the #53 RLR MSport car crossed the finish line in fourth place, just 0.7s behind.

After the race, the #17 IDEC Sport Ligier received a 16-second penalty for overtaking another car during the Full Course Yellow and dropped down the order from third to fifth place. The #53 Ligier of RLR MSport was promoted to third place.

The next round will take place at Imola, Italy on 15 May.