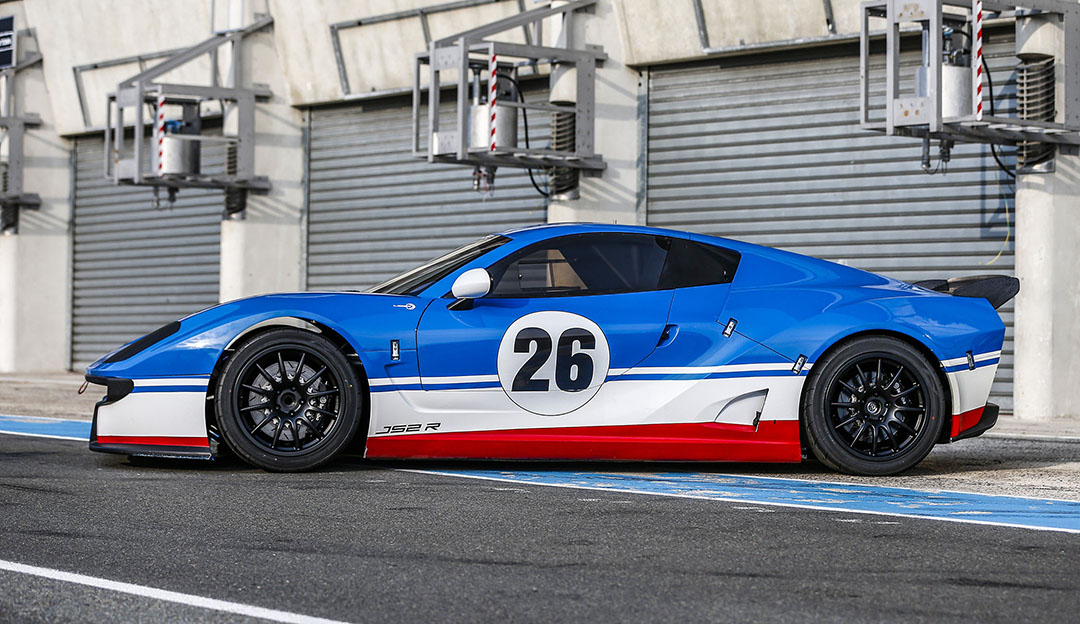 Launched in 2019 to celebrate the 50th anniversary of the French brand, the Ligier JS2 R soon won over enthusiasts. The Ligier JS Cup France, the first Ligier single-make series, organised by Benoît Abdelatif from Max Mamers Management, enjoyed incredible popularity in 2019. On average 27 Ligier JS2 Rs battled in the seven-round series. Since, the Ligier JS2 R has enjoyed success across Europe in the 24H SERIES, the Ultimate Cup Series, the French Trophée Tourisme Endurance. In 2020, it will enter the Ligier European Series, the new single-make series organised in conjunction with the European Le Mans Series that will kick-off at the Paul Ricard Circuit in France on July 17-18, 2020.

It also made its debut in the United States where it is marketed by Ligier Automotive subsidiary, Ligier Automotive North America, based in Charlotte, North Carolina. It will compete in the Trans Am Series, alongside other major competition brands such as Lamborghini, Porsche, Chevrolet and Ford.

In total, more than 60 Ligier JS2 Rs have been built in a little more than a year.

The Ligier JS2 R now takes on Italy with new partner, Sergio Peroni of Gruppo Peroni Race. Over the past 35 years, the celebrated private promoter, Gruppo Peroni Race has organised Italian and international championships such as the Coppa Italia GT and the Italian Historic Championship.

Gruppo Peroni Race will be in charge of the promotion and organisation of the Ligier JS Cup Italia as well as the distribution and after-sales service of the Ligier JS2 R in the Italian market.

“We are pleased to partner with Sergio Peroni for the launch of our second Ligier JS Cup and for the distribution of the Ligier JS2 R in Italy," commented Jacques Nicolet, President of Ligier Automotive. “I had the opportunity to meet Sergio several years ago and I have closely followed his activities. I am delighted that today we are uniting our common passion for motorsport around this fantastic project.

This is an important phase for the development of Ligier Automotive. Italy is a country of motor sport enthusiasts, in which the Everspeed group is already closely involved with Italian company HP Composites, which specialises in the sector of composite materials. Fast and enduring, the Ligier JS2 R is an uncompromising race car that allows drivers to satisfy their passion with an affordable budget. That's what made it a success in France and that's what will allow it to win over enthusiasts in Italy. And not only that! We do not intend to stop there. We are eager to develop other Ligier JS Cup in Europe and around the world in the next few years.”

“I am honoured to add the Ligier brand to Gruppo Peroni Race's list of exclusive partners for the next three years”, added Sergio Peroni, Founder of Gruppo Peroni Race. “Being a stand-out brand in motorsport as well as in the automotive industry, Ligier's perfect blend of history and innovation will definitely offer additional value to our competitions. An intense and busy year of preparations awaits us ahead of the start of the Ligier JS Cup in Italy from 2021 onwards.”

The Ligier JS Cup Italia will begin in 2021 with 6 x 3-hour races planned on the greatest circuits in Italy (Monza, Imola, Misano, Vallelunga and Mugello).

Test sessions are scheduled in Italy in the next few months for its new public to discover the Ligier JS2 R. The first test session will take place on July 15 at Tazio Nuvolari Circuit in Cervesina.

For more information on the Ligier JS Cup Italia or to organise a test in Italy, contact now +39 0645441335 or info@gruppoperoni.it

For more information on the Ligier JS2 R, download the brochure by clicking on the link https://ligierautomotive.com/en/vehicles/silhouette/js2r/