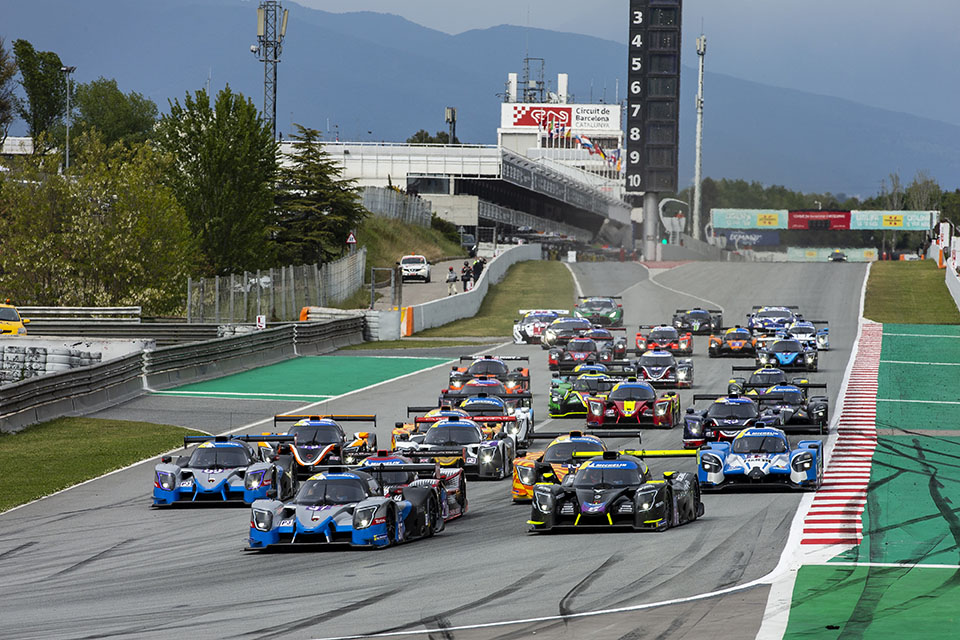 16-17 April 2021 – The European endurance season kicked off with the first round of the Michelin Le Mans Cup at the Barcelona circuit in Spain. After a great start to the 2021 season on the American continent with the win in the 24 Hours of Daytona and the 12 Hours of Sebring, the Ligier JS P320 kept its momentum going and dominated on Catalonian soil. The #22 and #23 of United Autosports led the way in free practice, the #37 of Cool Racing secured pole position, and the #15 of RLR MSport went to take the win. The Ligier JS P320s locked out the Top 5, and the #22 of United Autosports set the fastest lap in 1:41.351s, one second clear of the best rival chassis.

On Wednesday 14 April, two collective tests were organised to prepare for the first round of the Michelin Le Mans Cup. The sessions were dominated by the #23 of United Autosports and drivers John Schauerman and Wayne Boyd. During free practice on Friday 16 April, United Autosport was at it again with the #22 of Gerald Graut and Scott Andrews and the #23. Scott Andrews set the fastest time of the weekend with a lap of 1:40.458s. A performance he went on to repeat on Saturday with the best lap in the race in 1:41.351s.

During Saturday qualifying, the #37 Cool Racing Ligier JS P320 and driver Antoine Doquin won the pole with a lap of 1:40.803s. An outstanding performance for the 16-year-old French driver who claimed his first-ever pole position in his Le Mans Cup debut. The #37 was closely followed by the #5 Phoenix Racing Ligier, which took part in its first race in the LMP3 category at the start of the year in the Asian Le Mans Series.

Saturday at 4:30 pm, the 17 Ligier JS P320s entered were ready for the first action of the season. There were several accidents in this first race, but this did not prevent the Ligier teams from largely dominating the field throughout the race.

The #15 RLR MSport Ligier JS P320 with Michael Benham and Tommy Foster aboard made up a lot of ground to go on for the win. Starting 11th, it took advantage of the first race incident to make its way to fourth place at turn one. After an error-free performance from the team and a formidable strategy, it took the lead three minutes from the chequered flag and at the end of the final full-course yellow, while the leader, the #71 Team Virage Ligier JS P320 of drivers Rob Hodes and Garret Grist came in for their third and final pit stop. That was all it took for the young British driver Tommy Foster to take the lead. He crossed the finish line 1.3 seconds ahead of the #71.

The #71 of Team Virage crossed the line in second place. Starting ninth, it put in a strong showing and held the lead in the last third of the race before being overtaken by the #15 car during its pit stop. It was closely followed by the #22 United Autosports Ligier JS P320, its sister car the #23 and the #69 of Cool Racing with Maurice Smith and Matt Bell behind the wheel.

After the race, the top 5 positions were revised. Team Virage received a one-second stop & go for not respecting the reference time of 130 seconds during the car's second pit stop. This stop & go was converted into 36 seconds added to the race time, which promoted the #22 United Autosports and #23 to second and third place, giving the Anglo-American team their first double podium finish. Cool Racing's #69 was fourth ahead of Team Virage's #71, which was demoted to fifth.

The #17 Nielsen Racing Ligier JS P320 and the duo of Tony Wells and Colin Noble finished a promising seventh. Starting second on the grid, the #5 Phoenix Racing Ligier JS P320 driven by par Finn Gehrsitz and Hamza Owega held position for a good portion of the race. The team finished eighth just ahead of the #17 IDEC Sport entry of Patrice Lafargue and Dimitri Enjalbert.

The pole-winning #37 Cool Racing Ligier JS P320 led the first half of the race before going off track into a gravel zone. It went on to finish 12th in the category.

The Black Falcon team made a promising debut in the European series and the LMP3 category. The #12 Ligier JS P320 of Donar Munding and Maik Rosenberg started 18th on the grid and moved through the field to run in the top three. It eventually finished 14th in the category, just ahead of another team also making its debut in the series and the LMP3 category, Team Thor from Iceland with Audunn Gudmundsson and Thomas Ashton in the #77.

Michael Benham, #15 Ligier JS P320, RLR MSport, Winner: “You dream of starting a season in this way, and I'm absolutely delighted with the result. Tommy (Foster) showed incredible maturity, his speed was exceptional, and his race craft was brilliant against drivers with tons of experience that are at the top of their game. Upon reflection, my start was probably the best I've ever done, but I was highly motivated to make amends for my pretty underwhelming qualifying performance. I certainly wasn't expecting to go from 11th to fourth by the first corner, but that's where we should have been in qualifying, and it put us in a position to produce a respectable result. Ultimately, RLR MSport's strategists did a monster job to help us win the race.”

Tommy Foster, #15 Ligier JS P320, RLR MSport, Winner: “Starting 11th wasn't ideal but the entire team was jumping for joy when Mike (Benham) got up to fourth after Turn 1, as he put us in the running for a great result, holding on throughout his stint against some very quick Silver-graded drivers. I'm so delighted with the way this week has panned out because I came into the Michelin Le Mans Cup wanting to make a statement and hopefully secure my future in motorsport, which remains uncertain. We had a few ups and downs in free practice but pulled it all together when it mattered, and I hope I find the support I need to continue with RLR MSport in the Le Mans Cup and build on this victory."

Round two of the Michelin Le Mans Cup will take place on 4 and 5 June at Circuit Paul Ricard in France.