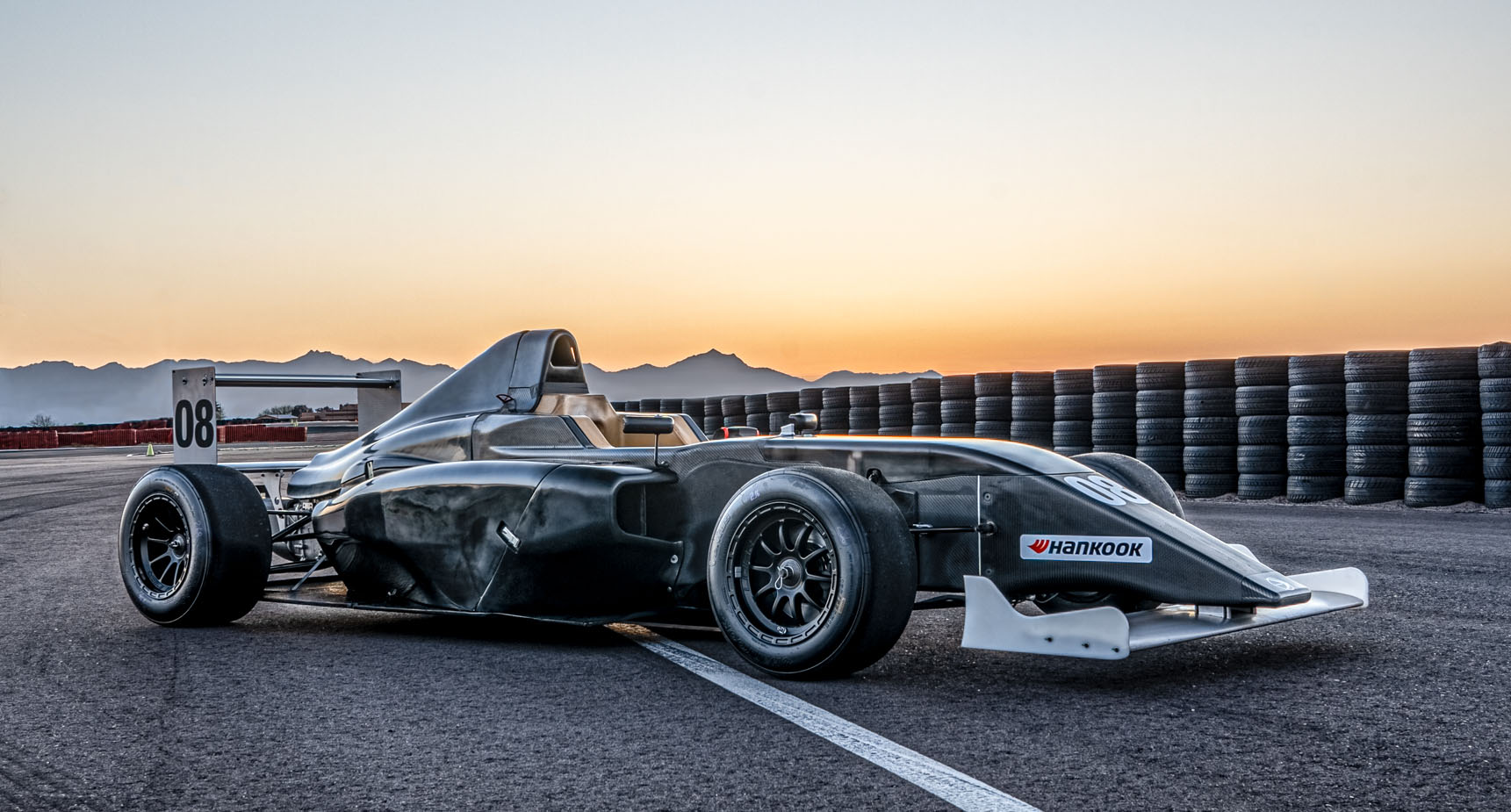 The very prestigious Arizona-based Bondurant High Performance Driving School, which was founded in 1968, fixed its choice on the Ligier JS F4 thus becoming the very first Formula 4 school in the United States. It was bought in May 2019 by four passionate enthusiasts and was renamed the Radford Racing School in March 2021. It led to a revamp for this driving school that continues to bet on the Ligier JS F4 to train tomorrow's stars!

Since being bought in 2019 by a small group of enthusiasts and former students including English TV celebrity presenter Ant Anstead and F1 world champion, Jenson Button, the school has undergone several transformations and can pride itself on a comprehensive renovation and a revised curriculum for its students.

In March 2021 it was renamed the Radford Racing School. The change of driving to racing in the name of the school is not without significance. It materialises the ambition of its new owners to make the Radford Racing School the destination of choice for motor sport enthusiasts, whether drivers for a day, new drivers, celebrities or influencers looking for speed and quality instruction.

“We've made tremendous strides in enhancing and reintroducing this facility as the world's premier experience for the next generation of drivers, says Mike Kessler, General Manager of Radford Racing School. That progress came through renovation and expansion, including the first resurfacing of the main track in 30 years, enhancements to the event center, visitor center, gift shop, student lounge, classrooms, skills pad and eagle's nest viewing platform. We've also diversified our course offerings, including our Radford Signature and Formula 4 courses featuring the Ligier JS F4.”

The school has six Ligier JS F4s to train young drivers on its three-mile circuit (around 4,8 km) with its 26 corners in the heart of Arizona. “The Ligier JS F4 is a tremendous machine with the power to transform novice drivers into competitive racers, explains Mike Kessler. When combined with our professional driver instruction and purpose-built track, it becomes the best way to sharpen race car driving skills. We couldn't be prouder to train the next generation of drivers in these amazing race cars.”

“The design and performance that Ligier has engineered into the JS F4 is second to none, adds Danny Bullock, Chief Instructor at Radford Racing School. Students who may feel intimidated by open wheel race cars are quickly put at ease when they climb behind the wheel and experience the Ligier JS on the track. It's become so popular among our students that several have considered purchasing one to continue their training on our track.”

Since March 2020, 273 pupils, novices or experienced drivers, have passed through the classrooms of the Radford Racing School to follow 76 stages ranging from 1 to 4 days at the wheel of Ligier JS F4s or in the other cars on the  Radford Signature programme. The school offers three levels, debutant, intermediate or confirmed, and is open to all enthusiasts!

For more information on its F4 programme, rendezvous on the school's internet site: https://www.radfordracingschool.com/formula-4/