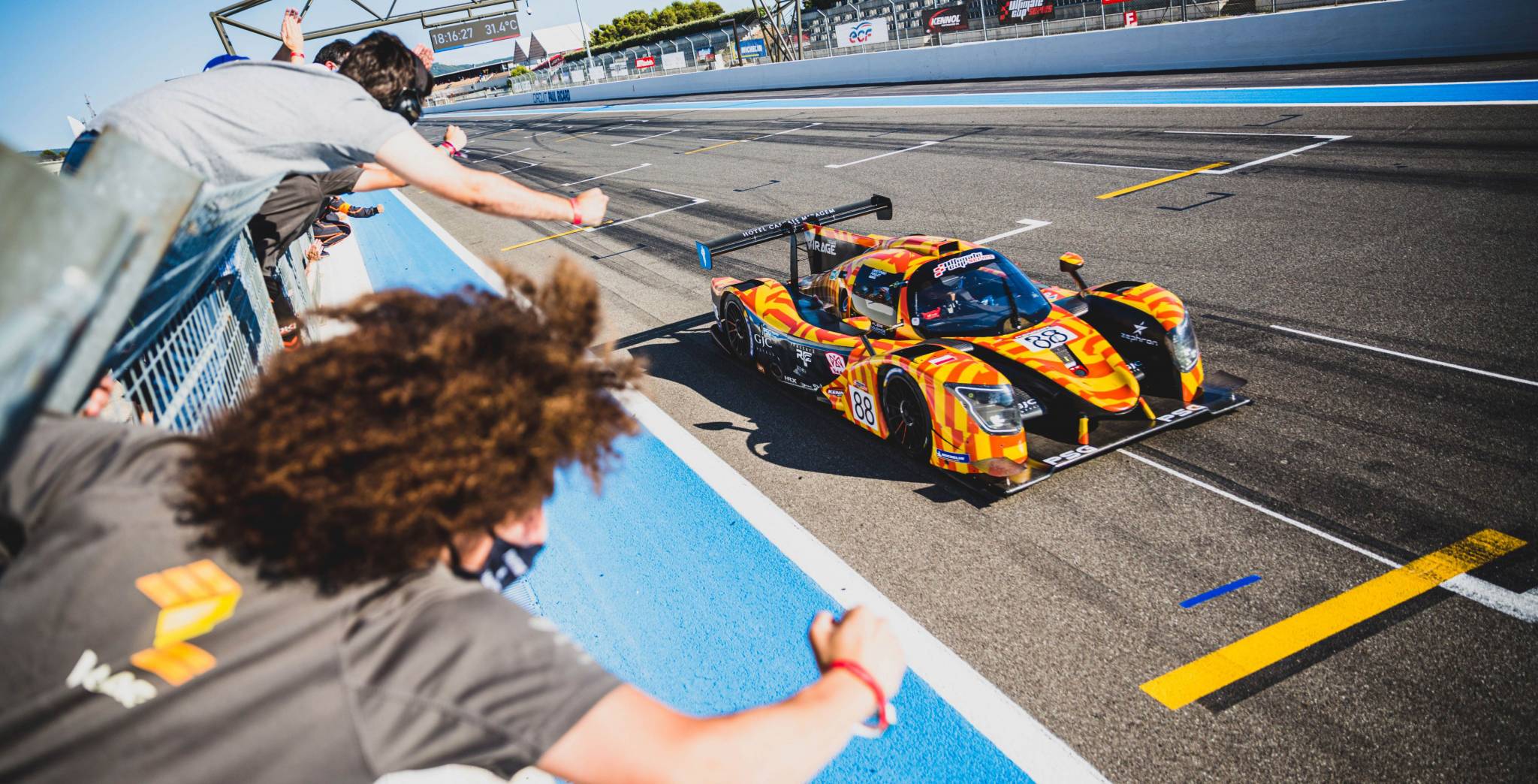 17 - 18 July 2021 - Third round of the Ultimate Cup Series and third win for the #88 Team Virage Ligier JS P320. Back at Le Castellet, the team shined by clinching the pole position and winning the race by more than 33 seconds ahead of the #13 Mirage Racing Ligier JS P320. Yet the latter gave the #88 a hard time by dominating most of the race and setting the fastest lap of the race.

On Saturday, the Ligier JS P320s shared the fastest times in the three qualifying sessions. The #77 Team Virage car driven by Pontus Fredericsson and Alessandro Bracalente was fastest in the first session (1:59.098s) while its sister car, the #88 driven by Miguel Cristovao, Mathis Poulet and Julian Wagg, set the quickest time in the second session (1:57.023s). For the third session, it was their rival the #13 Mirage Racing car with Emilien Carde, Mathias Bèche and Sébastien Guerrini that topped the time sheet in 1:55.623s. The three sessions combined, it is the #88 of Team Virage that took the pole position.

The three-hour race started at 3.15 pm, the following day.  Starting from pole, the #88 Team Virage Ligier JS P320 was overtaken by its sister car the #77, which started second on the grid. The latter dominated the race for 10 laps before being passed by the #13 Mirage Racing car. Forty minutes after the green flag, a technical problem forced the #77 to retire. The #13 continued to extend its lead and at the end of the first hour was one lap ahead of the #88.

After the pit stop, the #88 Team Virage Ligier JS P320 regained the lead in the race. But on lap 63, the #13 Mirage Racing car overtook it and became the favourite for victory. But things always come in threes. In a final effort, the #88 attacked again and, eight laps before the chequered flag, took the lead of the race on the Paul Ricard circuit.

For the third time in a row, Miguel Cristovao, Mathis Poulet and Julian Wagg won the Ultimate Cup Series race in the Proto category. They continue to consolidate their lead in the championship. Mirage Racing's #13 came in about 30 seconds later to claim its second podium of the season. It also set the fastest lap of the race with Mathias Bèche on board (1:58.274s).

The fourth round of the championship will take place at the Bugatti circuit in Le Mans from 10 to 12 September.