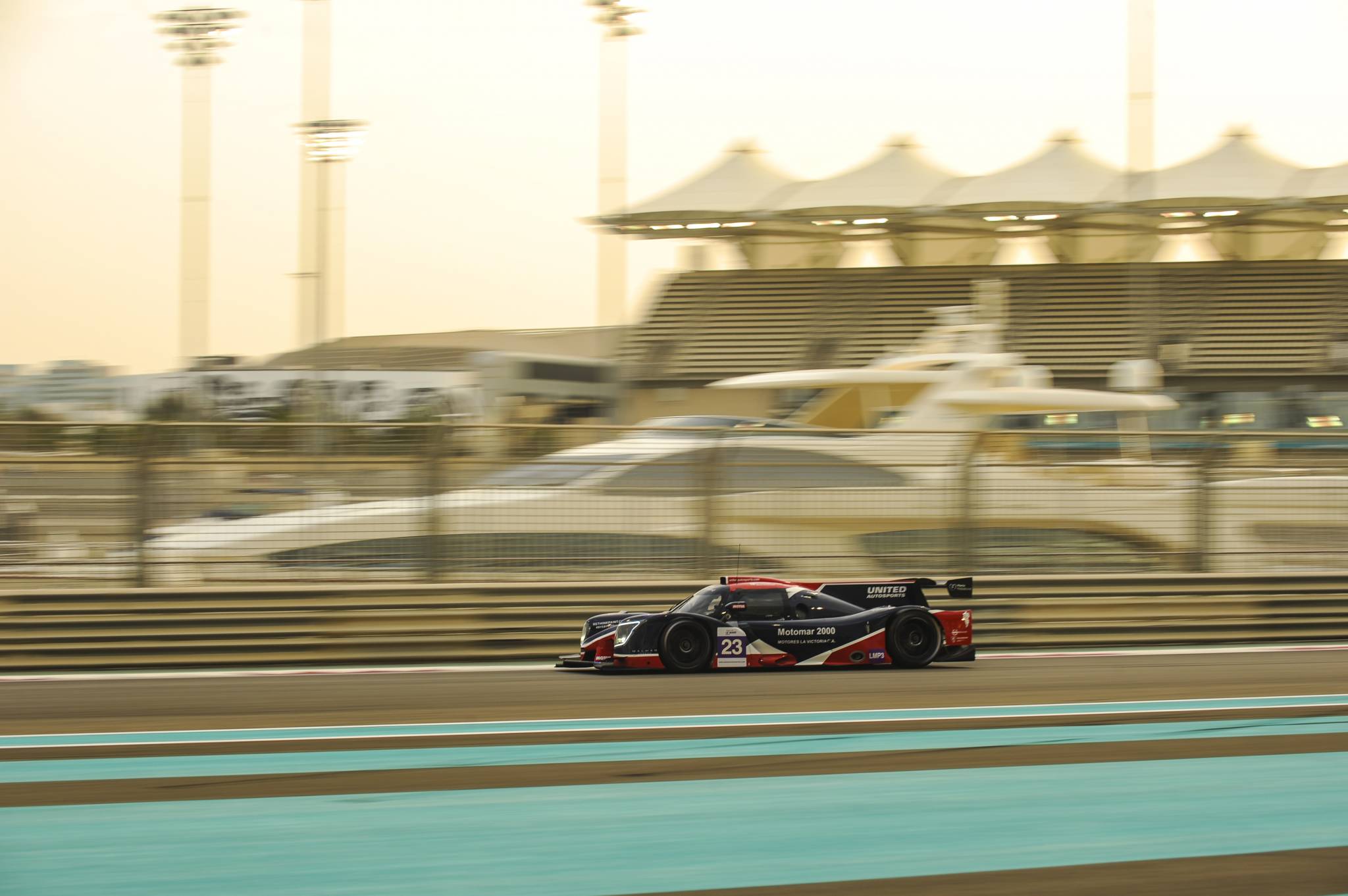 Double top 4 in Abu Dhabi and yet another LMP3 title for the Ligier JS P320!

19-20 February 2021 – The Ligier JS P320 put on another stunning performance in the last two rounds of the extremely densely-packed Asian Le Mans Series in Abu Dhabi. The French car set the fastest time in free practice, clinched the pole positions and scored victories in each round plus Top-4 finishes in both as well as setting the fastest laps. In the first race, Nielsen Racing scored a great double with its #9 and #8 Ligier JS P320s. The next day it was United Autosports' turn to dominate as the Anglo-American team locked out the podium with their #23, #3 and #2 Ligier JS P320s. The Ligier JS P320 gave its rivals no quarter and has won everything this season. It clinched the championship title hands down with United Autosports and monopolised the first five places in the overall classification!

After Dubaï on 13 - 14 February it was time to head for Abu Dhabi and the magnificent Yas Marina circuit, the theatre of the last two rounds of the Asian Le Mans Series on 19 - 20 February. The teams had only a few days' rest between the two destinations. During the two free practice sessions on Thursday, the Ligier JS P320s romped away from their rivals. Fastest time in the first session went to the #23 car run by United Autosports in 2m 05.004s and in the second the #15 JS P320 of RLR MSport came out on top in 2m 04.438s.

On Friday morning it was time for qualifying with two sessions, one for each race (unlike the first two rounds in which the grids were decided by the first and second fastest times of each driver in the single qualifying session). And yet again it was Wayne Boyd at the wheel of the #23 United Autosports entry who set the fastest lap as he sealed his third pole position of the season in 2m 03.694s. Hot on his heels came Malthe Jakobsen in the #15 RLR MSport Ligier JS P320 who fell just short in a time of 2m 03.776s. But there was more to come from the young Danish driver. He got the upper hand in the second session and bagged pole in 2m 03.781s, just 11/1000th of a second quicker than Boyd in #23!

The first four-hour race in Abu Dhabi took place soon after qualifying. It got under way in sunlight and finished as night was falling. Following on from their double podium in Dubaï, Nielsen Racing scored another great double. Colin Noble and Tony Wells won in the #9 Ligier JS P320 followed by #8 the sister car driven by Rodrigo Sales and Matt Bell. After United Autosports had won almost everything in Dubaï with a double victory and double podium the team was hit by bad luck in Abu Dhabi. Right from the start Ian Loggie in the #2 Ligier JS P320 ground to a halt in front of the pits. A few minutes later, Rory Penttinen in #23 suffered the same fate. It was all over for #23 and #2. Even so the team didn't throw in the towel and came home on the third step of the podium with #3 in the hands of James Mcguire, Andrew Bentley and Duncan Tappy who made a great comeback after falling to the bottom of the time sheets after an hour's racing. The #15 RLR MSport Ligier JS P320, which was the quickest car in the race, had to be content with fourth place after receiving a penalty for contact with a GT3. CD Sport put on another good performance with #33 driven by Nick Adcock, Michael Jensen et Adam Eteki, but finally it had to retire. It was the same story for Phoenix Racing and its #4 Ligier JS P320.

On Saturday it was already the last race of the Asian Le Mans Series season. It turned out to be an event in which strategy played a major role due to three neutralisations lasting 46 minutes. In this battle of wits United Autosports came out on top. The team took its revenge and scored a triple. Wayne Boyd, Manuel Maldonado and Rory Penttinen scored their third victory of the season in #23. Duncan Tappy, Andrew Bentley and James Mcguire came home second in #3 in front of #2 crewed by Ian Loggie, Rob Wheldon and Andrew Meyrick. The #33 CD Sport Ligier JS P320 finished just shy of the podium and set the fastest lap in the race. RLR Msport's #15 Ligier JS P320 driven by Bashar Mardini, Malthe Jakobsen and Maxwell Hanratty was again a victim of bad luck. After dominating the first part of the race it had to retire due to an exhaust problem. Nielsen Racing finished sixth and seventh with #9 and #8, in front of #4 run by Phoenix Racing.

To see the full classification of race 3, CLICK HERE.

To see the full classification of race 4, CLICK HERE.

In the four races of the 2021 Asian Le Mans Series season, the Ligier JS P320 gave its rivals no quarter. It clinched the pole positions and scored victories and podium finishes in each round as well as setting the fastest race laps. #23 entered by United Autosports made the most of the situation and won the first LMP3 title of the new-generation Asian Le Mans Series with 79 points. The Ligier JS P320 monopolised the first five places in the general classification.

After the LMP3 titles in the European Le Mans Series and the Ultimate Cup Series, it's the third title scored by the Ligier JS P320 since its launch in competition in 2020.

In less than a month the Ligier JS P320 will be back on the track on the American continent. Following on from its victory in the Daytona 24 Hours at the end of January it will take part first of all in the IMSA Prototype Challenge on 12-13 March at Sebring, and then in the 12 Hours of Sebring on 17-20 March in the IMSA WeatherTech SportsCar Championship.

Not until mid-March will the Ligier JS P320s be racing in Europe with the first round of the Ultimate Cup Series at Nogaro in France. The European Le Mans Series and the Michelin Le Mans Cup will kick off mid-April in Barcelona in Spain. Fifteen Ligier JS P320s have been confirmed for the European Le Mans Series. The list of entries for the Michelin Le Mans Cup should be announced shortly.

If you've missed the story on the first two round of the Asian Le Mans Series, CLICK HERE.