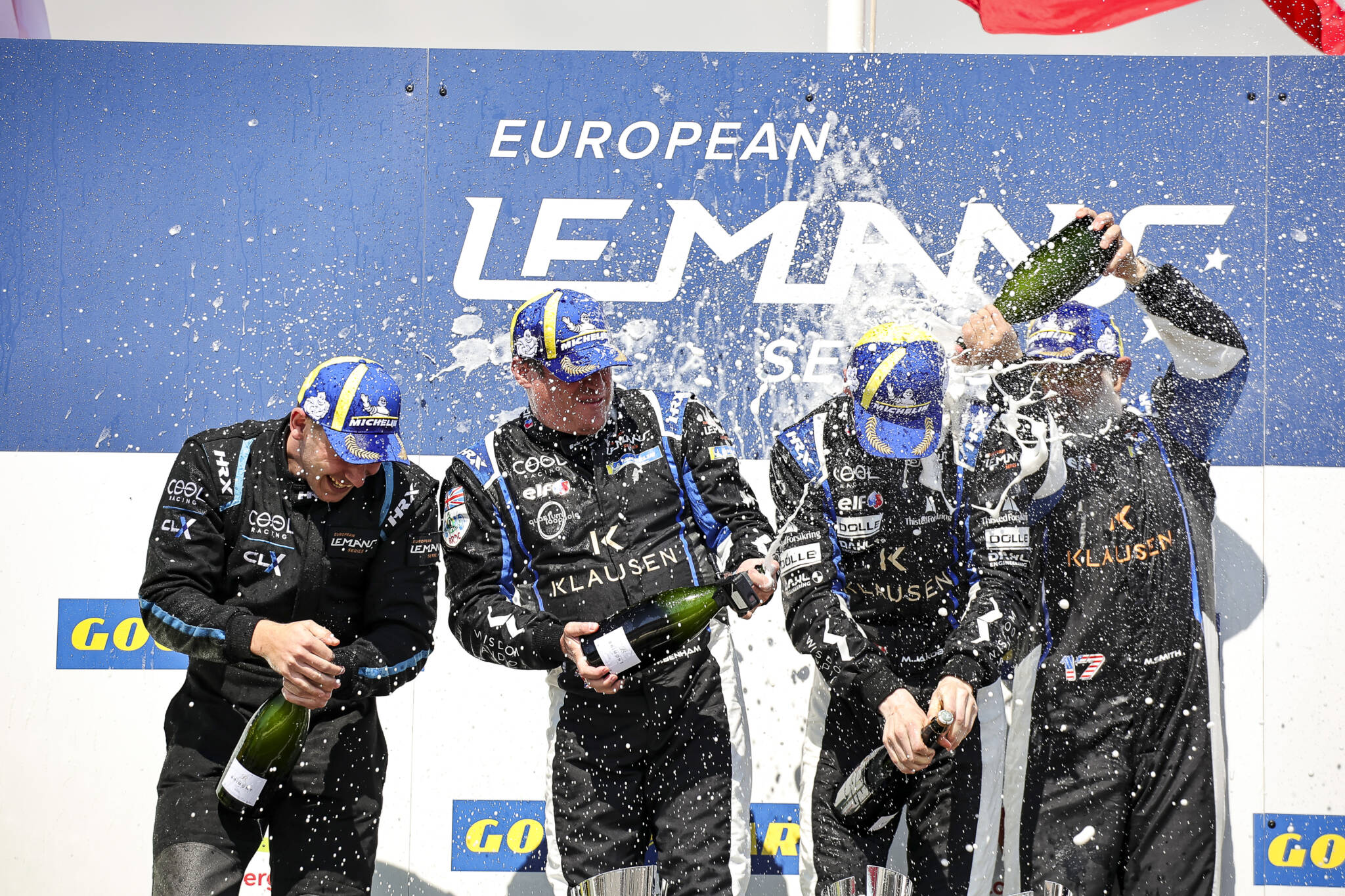 ELMS: COOL Racing victorious and an all-Ligier podium in LMP3 at the inaugural Le Castellet round

17 April 2022 - A fantastic start for the Ligier JS P320 in the 2022 European Le Mans Series with a Ligier sweep of the podium at the 4 Hours of Le Castellet and impressive points haul with the top eight positions occupied by Ligier teams! COOL Racing took their first win of the season and the fastest lap of the race in the #17 car. United Autosports' #2 finished second, followed by RLR MSport's #5. After the 100% Ligier podium the previous day in the Michelin Le Mans Cup, the European LMP3 campaign is off to a flying start for the French constructor.

The Ligier JS P320 topped both free practice sessions this past weekend. The #3 United Autosports car (James McGuire, Kay Von Berlo and Andrew Bentley) topped the timesheet in the first session with the best time of 1:49.896s, and the #17 COOL Racing car (Maurice Smith, Michael Benham and Malthe Jakobsen) was the quickest in the second session with a lap of 1:50.400s.

The #17 Ligier JS P320 did not stop there, as it took the first LMP3 pole position of the season on Saturday, 16 April, thanks to Malthe Jakobsen, who set the fastest time of the weekend in 1:49.008s.

The laurels awarded to the #17 COOL Racing entry

The opening race of the 2022 European Le Mans Series season at Circuit Paul Ricard in Le Castellet began under bright Mediterranean sunny skies. The #17 COOL Racing Ligier JS P320 held onto the lead at the start. But twenty minutes later, the #13 Inter Europol Competition car (Charles Crews, Nicolas Pino and Guilherme de Oliveira) filled up its mirrors, threatening and then overtaking it on lap ten. The #17 fell back several places and was fourth an hour after the start. It re-joined the leading pack 90 minutes before the end of the race in third place behind the #2 United Autosports car (Bailey Voisin, Joshua Caygill and Fin Gehrsitz). The gap between the two LMP3s evaporated until the #17 took the lead over the #2. With less than ten minutes remaining in the race, the team was again in contention for victory and pushed as hard as it could. In the last lap of the race, with Malthe Jakobsen behind the wheel, it overtook the #13 of Inter Europol Competition to go on for the win. The young Dane also set the fastest lap of the race in 1:50.666s.

“The COOL Racing Team gave us an unbelievable car and it's just very rewarding to drive that car. It's an honour to race with both Mike (Benham) and Malthe. I'm just happy to be able to pay the team back, my teammates and the COOL Racing team with the respect that they deserve”, said Maurice Smith. “Full credit goes to Malthe, Mo (Smith) and I will support him as well as we can for the whole season, we well do our job for sure”, added Michael Benham. “It was a really really good race. Because of a full course yellow, we lost about a minute so I had to catch up a minute in the last 45 minutes. But we managed to do it and passed him on the second in the last lap”, concluded a smiley Malthe Jakobsen.

A tough round for the #13 Inter Europol Competition

Everything started well for the #13 Inter Europol Competition Ligier JS P320. Starting from the back of the grid, it made a strong start and took the lead in the category at the twenty-minute mark of the race. Thanks to a winning strategy and masterful driving, it held the lead for most of the race. But on the very last lap, its rival, the #17 of COOL Racing, came back and wrested first place from it. Although the #13 crossed the finish line in second place, the disappointment continued for the Polish team, as their car was declared non-compliant by the technical stewards. While the team is appealing this decision concerning the differential, their disqualification is suspended for the time being.

A promising crew aboard the United Autosports #2

It was a successful round for the #2 United Autosports Ligier JS P320 and its young driver line-up of Bailey Voisin, Joshua Caygill and Finn Gehrsitz: all three drivers were racing for the first time in the British team's colours. After starting fifth on the LMP3 grid, the #2 car was in the top three in the category at the mid-way point of the race. Bailey Voisin dominated the class for several laps, and his teammates maintained the pace to stay in the lead. The #2 car crossed the finish line in third place. After the disqualification of the #13, it moved up to the second step of the podium.

“To finish on the podium in my first race for United and my first LMP3 race is a dream come true”, explained Josh Caygill. “It's a positive result for the team – they worked very hard with the three of us. Getting used to the traffic was interesting and now I can't wait for Imola!” added Bailey Voisin. “Josh got us in the top-three so from then on, it was all about strategy. All three drivers believed that we had the pace and the car was very good”, finish Finn Gehrsitz.

RLR MSport's #5 (Michael Jensen, Nick Adcock and Alex Kapadia) had a great race and took the chequers in fourth place. It inherited third place after the #13 of Inter Europol Competition was disqualified.

The #10 of Eurointernational (Glenn Van Berlo, Xavier Lloveras and Tom Cloet) finished fourth, followed by the #6 of 360 Racing (Terrence Woodward, Ross Kaiser and Mark Richards) and the #7 of Nielsen Racing (Anthony Wells and James Littlejohn).

The #3 United Autosports Ligier JS P320 (James McGuire, Kay Von Berlo and Andrew Bentley) went off the track and suffered a puncture. It battled back to finish the four-hour race in seventh place, ahead of the #14 Inter Europol Competition (Noam Abramczyk, Mateusz Kaprzyk and James Dayson).

The European season is off to a positive start for the Ligier JS P320 with a win and a sweep of the podium in the European Le Mans Series and the Michelin Le Mans Cup on the same weekend. The teams will head to Imola on 13 May for round two of the season.