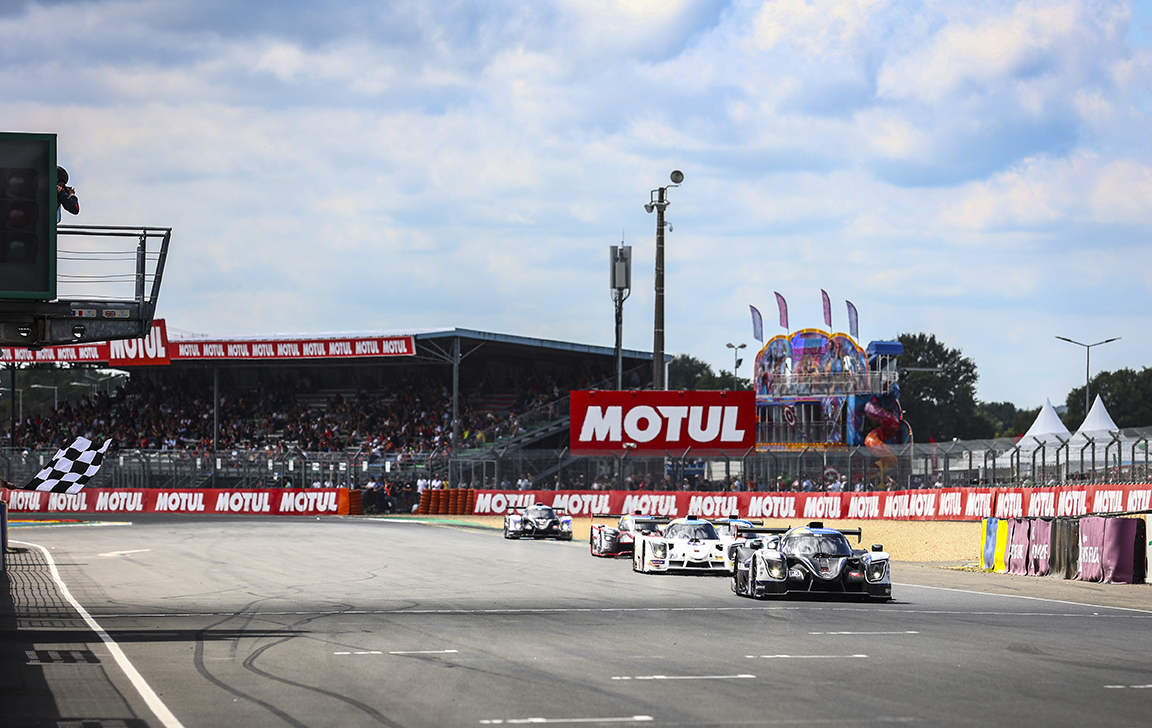 11 June 2022 - Race 2 of the Road to Le Mans, the marquee event of the Michelin Le Mans Cup season and the second all-Ligier JS P320 podium. The #25 COOL Racing Ligier JS P320 caused a surprise by snatching victory from the #76 Reiter Engineering Ligier in the final minutes of the race. After a great race, the #76 finished runner-up. COOL Racing also set the fastest lap in the race with the #69. The #10 of Racing Spirit of Leman, winner of race one on Thursday, 9 June, completed the all-Ligier podium.

Race 2 of the Road to Le Mans started at 11.20 am on Saturday, 11 June 2022, at the Circuit de la Sarthe. The #10 Racing Spirit of Le Mans Ligier JS P320 (Alexander Mattschull and Tom Dillmann), which qualified second, stayed on course among the LMP3 cars. But then it was overtaken by the #76 Reiter Engineering car (Freddie Hunt and Mads Siljehaug), which picked up three places in the classification. The race was then yellow-flagged after the Graff Racing #57 (Stephan Rupp and Ryan Harper-Ellam) stopped at the edge of the track.

With the sport-prototype cleared, the race resumed. The #76 Ligier JS P320 was followed by the #10, the #25 COOL Racing car (Michael Benham and Duncan Tappy) and the second Racing Spirit of Leman car, the #43 (Jacques Wolff and Josh Skelton). Contact between a GT and an LMP3 led to another yellow flag. The #33 of Team Virage (Rob Hodes and Ian Rodriguez) had a scare when it spun in the Dunlop chicane a few minutes later.

On lap five, the #6 ANS Motorsport Ligier JS P320 (Jonathan Brossard and Nicolas Schatz) hit the Armco barrier hard at the rear and then at the front and came to rest in the middle of the track. The race was yellow flagged, and a slow zone was implemented for two laps. In the meantime, the #76 Reiter Engineering car was leading the race. The #25 was third, followed by the two Racing Spirit of Leman LMP3s.

Incidents kept coming. The #30 Frikadelli Racing Team Ligier JS P320 (Klaus Abbelen and Felipe Laser), battling with the #29 MV2S Forestier Racing car (Louis Rousset and Jérôme de Sadeleer), hit a tyre wall, scattering debris on the track. A few moments later, the #17 IDEC Sport car (Patrice Lafargue and Dino Lunardi) ran over this debris and suffered damage. The safety car was then deployed, with the competitors following each other at a reduced speed for about fifteen minutes.

There were now almost 8 minutes remaining. The endurance race became a sprint race. All the leading cars were neck and neck when the green flag came out. The #25 COOL Racing Ligier JS P320, then in third place, swooped down on its rivals and stole the lead from the #76 Reiter Engineering car. Four Ligiers were at the front of the field. But on the final lap, the #43 Racing Spirit of Leman in fourth place received a drive-through penalty.

The #25 COOL Racing Ligier JS P320 won race two of the Michelin Le Mans Cup at Le Mans in style ahead of the #76 Reiter Engineering car. The #10 Racing Spirit of Leman car, which won race one on 9 June, completed the podium and still leads the championship on 49 points. Malthe Jakobsen, in the COOL Racing #69, set the fastest lap of the race in 3:46.93s. The #69 is currently second in the championship on 31 points. Behind them are three other Ligier teams: the #7 Nielsen Racing (25 points), the #23 United Autosports (24 points) and the #29 MV2S Racing (23 points).