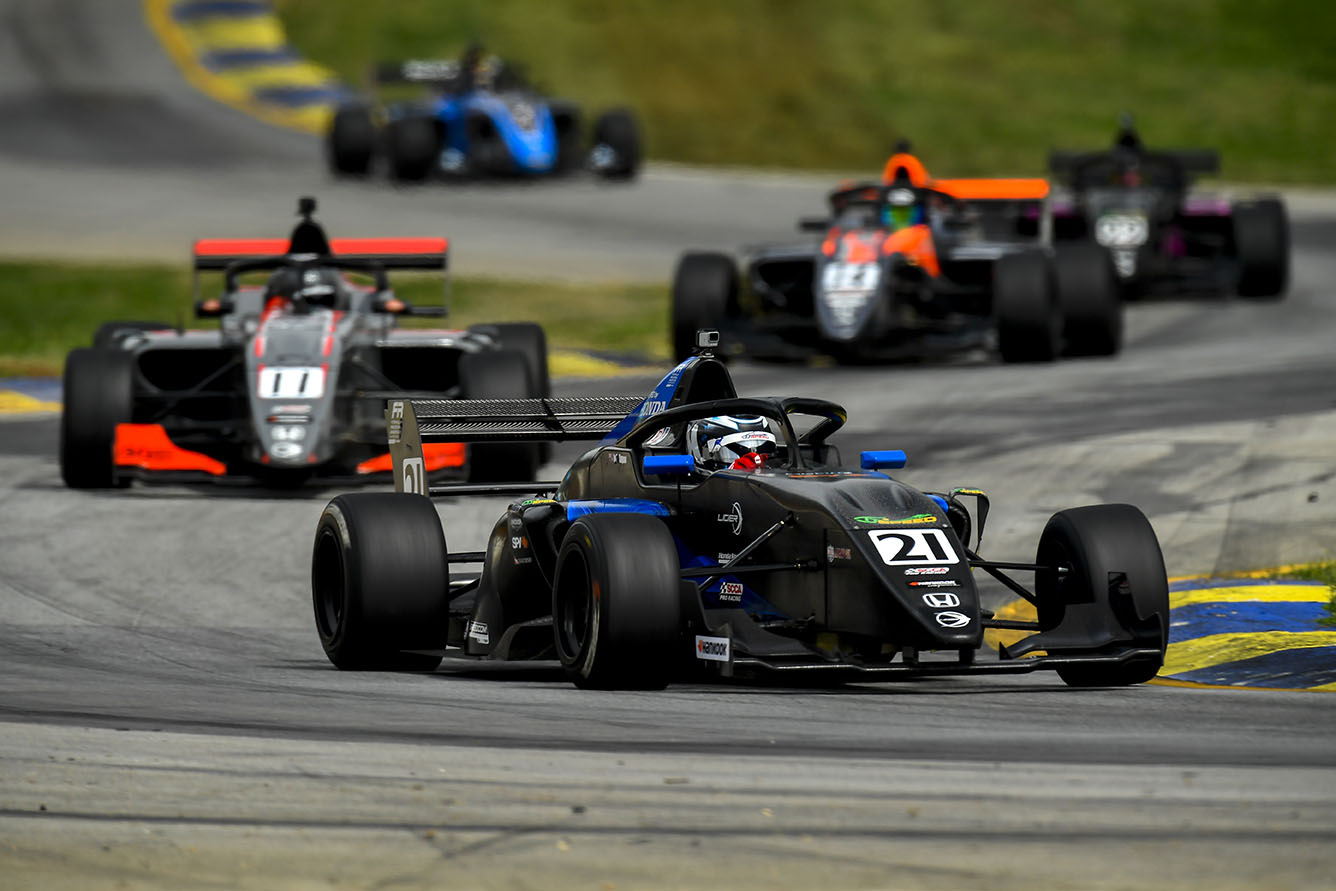 The start of the first F3 race was given on Saturday 27 March at around 9am local time. True to his performance of the previous day, Kyffin Simpson took the chequered flag and his first victory of the season. In the afternoon, he took the lead with almost 12 seconds over his closest rival. Third and final race on Sunday around 3pm. Despite uncertain weather conditions and several incidents during the race, Kyffin Simpson completed a hat-trick of victories at Road Atlanta. “I had a great gap already by the first corner. It was a nice easy race and solid win. I think we can keep up this momentum”, said Kyffin Simpson.

Despite his pole position the day before, #19 driver Noel Leon finished second in the first two F4 races on Saturday 27 March. It was American Jason Alder, driver #77 of the Velocity Racing Development team, who dominated his competitors. The two drivers fought closely on the track: at the end of the second race, the gap between them was less than a second. But the next day, Noel Leon got his revenge on a wet track. He crossed the finishing line and closed the weekend with his first victory of the season.

The next round of FR Americas and F4 US championship will take place from May 14 to 16, at the Road America circuit in Wisconsin.

To consult the full results in F3, CLICK HERE.

To consult the full results in F4, CLICK HERE.