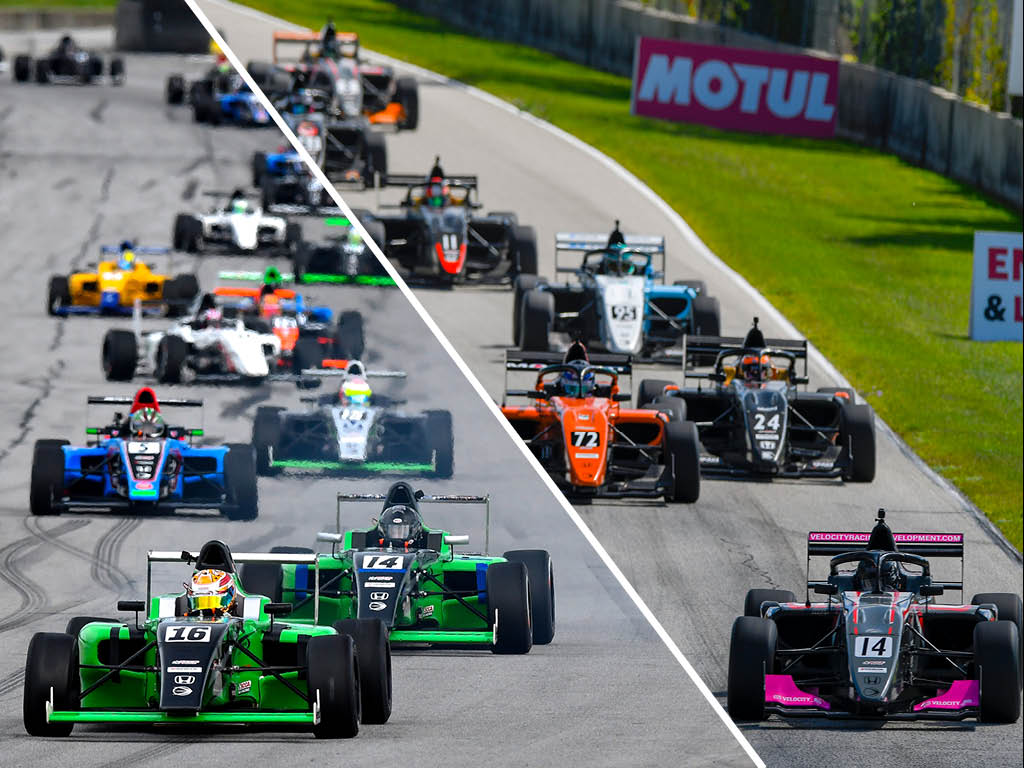 52 Ligier JS F3s and JS F4s to hit Mid-Ohio track for the start of the FR Americas and F4 U.S. Championship

25 June 2020 – The 2020 FR Americas and F4 U.S. Championship start on a high. A fleet of 52 Ligier single-seaters powered by Honda and equipped with Hankook tires, 19 Ligier JS F3s and 33 Ligier JS F4s, will descend onto the Mid-Ohio Sports Car circuit for the series' inaugural event. The 2020 season is on track to be the most competitive and diverse field to date.

Since their respective launch in 2016 and 2018, the FR Americas [previously branded F3 Americas] and the F4 U.S. Championship have attracted more and more drivers, exceeding the expectations of their partners and participants.

The F4 U.S. Championship has become the largest and most successful F4 championship in the world with an average of 31 Ligier JS F4s for the 2018 season and an entry record of 38 drivers competing at the Formula 1 United States Grand Prix weekend in 2019. A total of 33 Ligier JS F4s are expected to take part to the first event of the 2020 season at Mid-Ohio on June 26-28.

The FR Americas field has also doubled in size since its launch. 19 Ligier JS F3s will take part to Mid-Ohio event with new teams and drivers moving to the series. In the most diverse field to date, drivers representing 10 countries and 6 States are poised to contend for this year's title and HPD's Indy Lights 2021 scholarship prize.

With a total of 52 Ligier single-seaters on the track throughout the weekend, the Mid-Ohio season opener promises to be an action-packed event.

“I cannot express adequately how excited and grateful I am that our 2020 season is starting with such a great car count”, said Max Crawford; Ligier Automotive North America's CEO. “52 entries represents a massive effort undertaken by all the series' partners and the teams to ensure the success of our program despite the difficulties encountered with the COVID-19 pandemic and recent challenges. I want to thank all our Ligier staff for their incredible support and efforts, and also our appreciation of all involved.”

The weekend will consist of two races per series, each preceded by a qualifying session as well as two practice sessions. Live streaming is available on FANRacing.live network.

The Ligier JS F3 complies with the FIA Formula 3 Regional regulations until 2023. Second step after the Formula 4, the F3 R category allows drivers to carry on with their training and progress within the FIA labelled single-seaters pyramid.

The Ligier JS F3 has been selected by the FIA and SCCA Pro Racing to exclusively equip the FR Americas playing field in the United States.

For more information on the Ligier JS F3:

For more information on the FR Americas: https://www.framericas.com/

Complying with the FIA Formula 4 regulations until 2024, the Ligier JS F4 is a launching pad for young drivers often coming from the world of karts who are starting a career in car racing.

The Ligier JS F4 has been selected by the FIA and SCCA Pro Racing to exclusively equip the F4 U.S. Championship playing field in the United States. In 2018, an average of 33 Ligier JS F4s competed in this championship.

For more information on the Ligier JS F4:

For more information on the F4 U.S. Championship: