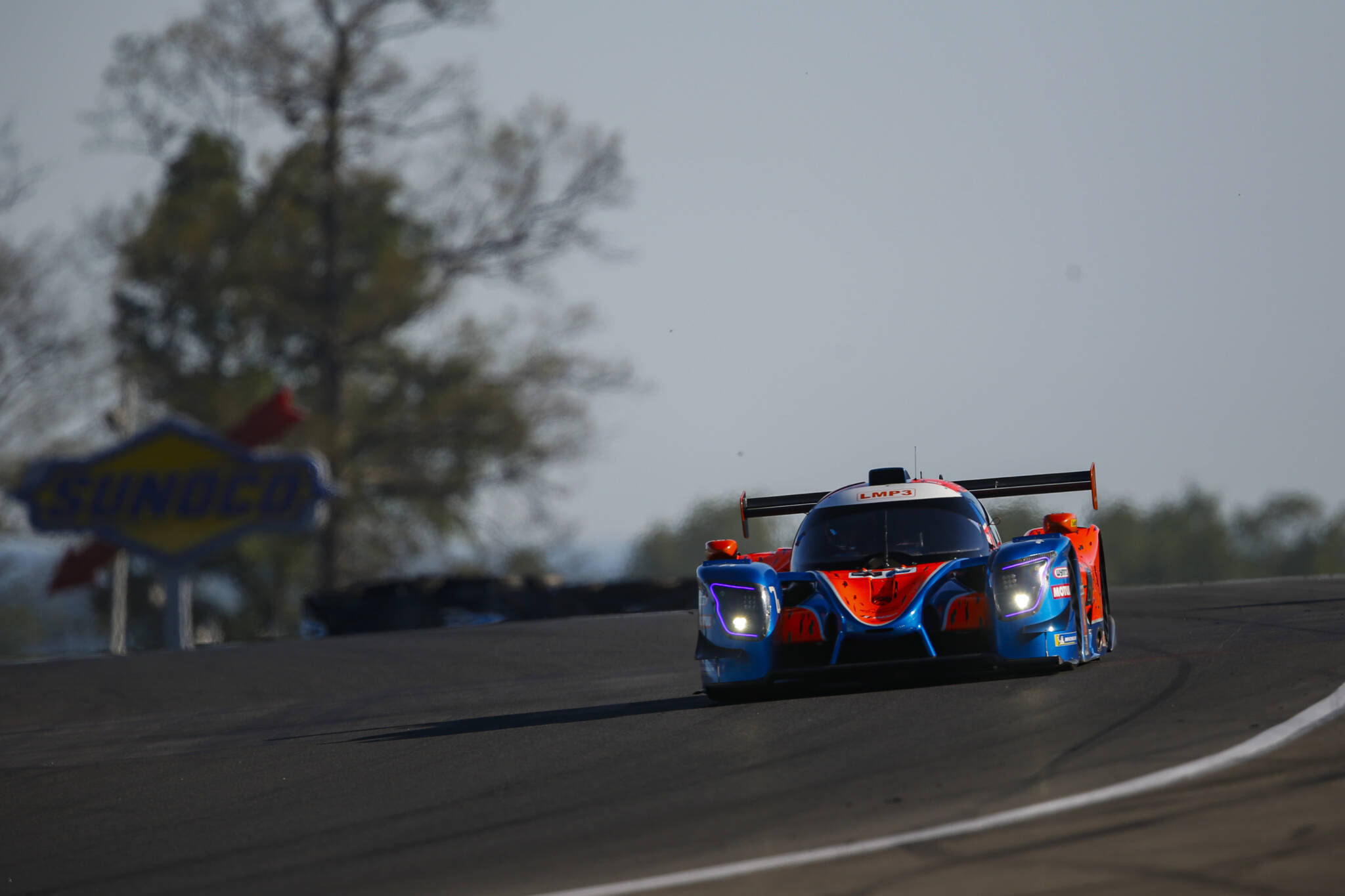 IMSA WeatherTech: Riley Motorsports returns to winning ways, and a Ligier JS P320 sweep of the podium at Watkins Glen

June 23 - 26, 2022 - Seven Ligier JS P320s among the 11 LMP3s entered in the Six Hours of Watkins Glen, round four of the IMSA WeatherTech SportsCars Championship. Racing incidents and stormy weather in New York State disrupted the six-hour race. The French constructor's LMP3s, however, were not fazed by the turmoil as the #74 Riley Motorsports Ligier JS P320 won the race and was joined on the podium by the #54 CORE Autosport car (which also set the fastest time in the race) and the #38 Performance Tech Motorsports entry.

The Ligier JS P320 topped both free practice sessions at the Watkins Glen circuit with consecutive top three results. The #54 CORE Autosport car (Jon Bennett, Colin Braun and George Kurtz) was fastest in session one with a time of 1:39.789s, and the #33 Sean Creech Motorsport car (Joao Barbosa, Malthe Jakobsen and Lance Willsey) was the fastest in session two with a time of 1:39.669s.

The Salhen's Six Hours of the Glen got underway in the late morning of Sunday, 26 June. The drivers were already surprised just 15 minutes into the race. The #74 Riley Motorsports Ligier JS P320 (Gar Robinson, Felipe Fraga and Kay von Berlo) spun while a rival car hit a wall, causing a yellow flag. The intervention was short-lived, but it allowed the field to bunch up. When the race resumed, the #38 Performance Tech Motorsports car (Dan Golburg, Rasmus Lindh and Cameron Shields) overtook the #58 MLT Motorsports car (Dakota Dickerson, Josh Sarchet and Tyler Maxson) to move into second place, before taking the lead in the category.

In a daring attempt to pass the #36 Andretti Autosport car (Jarett Andretti, Gabby Chaves and Josh Burdon), the #33 Sean Creech Motorsport car made contact with its rival and spun. The starter was damaged, preventing the team from restarting, and forced the car to pit for repairs.

Shortly before hour two, the leading #36 and #74 Ligier JS P320s made contact, but with no consequences. Two hours after the start, the #58 took the lead in the category ahead of the #74 and the #30 of Jr III Racing (Ari Balogh, Garett Grist and Nolan Siegel). The #54 was fourth, ahead of the #38. But the order changed again after the first pit stops: the #36 retook the lead after relegating the #58 to second place. The #36's lead was short-lived. The #74 moved into the lead two laps later, while the #58's race ended prematurely due to a mechanical problem.

A duel between the #74 and #30 Ligier JS P320 followed. The #30 Jr III Racing, which had been firmly installed in second place and temporarily led the category, was the victim of an incident and had to be retired. It was a painful end to the race for the team, which had been leading the championship until then.

The weather was becoming increasingly threatening, with lightning menacing the circuit. The race stewards decided to bring out the red flag 90 minutes before the end of the race. The #74 Ligier JS P320 still led the category after the last round of pitstops, followed by the #54, the #36 and the #38.

The race restarted with 20 minutes remaining on the clock. The #74 went on for the category win. Gar Robinson, Felipe Fraga and Kay made two consecutive victories for Riley Motorsports at Watkins Glen and scored their second victory of 2022 after the 24 Hours of Daytona in January.

CORE Autosport finished second with the fastest lap in hand, set by Colin Braun in 1:40.492s. The team also takes the championship lead ahead of the #30 Jr III Racing car, with 1011 points.

While the #36 Andretti Autosport Ligier JS P320 finished third, the team was disqualified for not completing the minimum driving time per driver. The #38 Performance Tech Motorsports car inherited third place, adding a second podium finish to its season's tally.

No respite for the IMSA WeatherTech Ligier JS P320s. The LMP3s will be back in action on 30 June for round five of the championship at Canadian Tire Motorsport Park.

For the provisional classification to the championship, CLICK HERE.