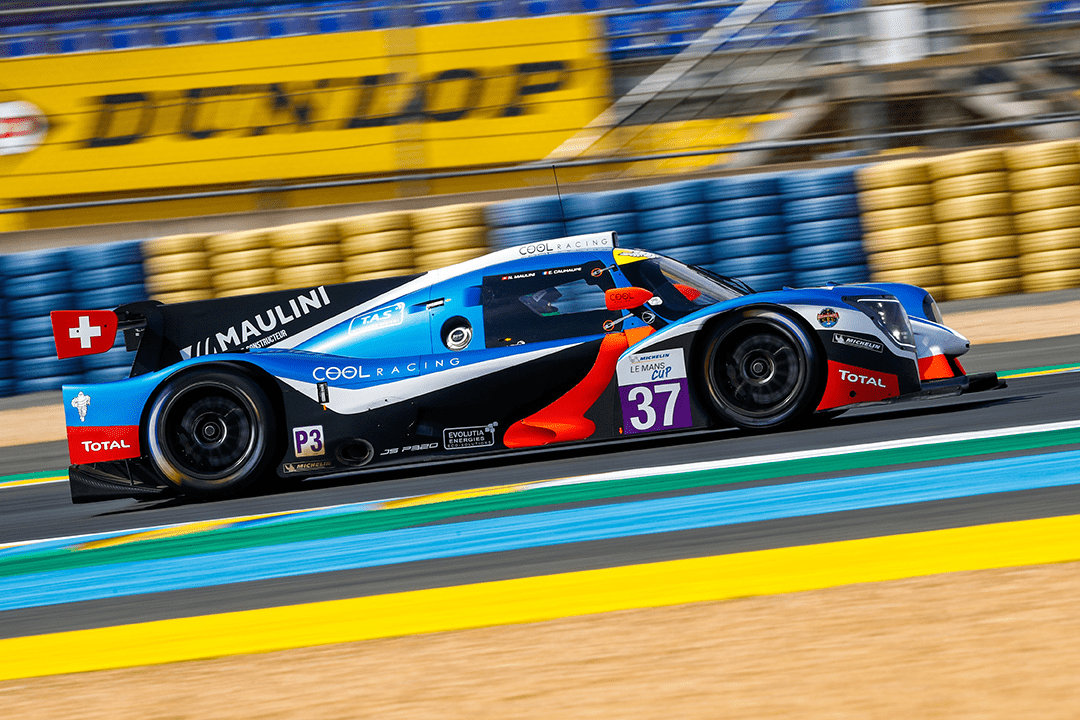 Round four of the Michelin Le Mans Cup, at the world-famous Circuit de la Sarthe. Race one, with 15 Ligier JS 320Ps on the grid and four in the top 5! The Ligier JS P320s of Cool Racing, the #37 driven by the duo of Frenchman Edouard Cauhaupé and Nicolas Maulini, and the #69 in the hands of Maurice Smith and Matt Bell, both finish on the podium. In addition, Matt Bell set the fastest lap time in the race. The two United Autosports JS P320s, the #24 of Daniel Schneider and Andrew Meyrick and the, #23 of John Schauerman and Wayne Boyd, complete the top 5.

Bright skies and summer-like temperatures, higher compared to the morning qualifying session, awaited the 23 LM P3 cars, including 15 Ligier JS P320s, for the 55-minutes of action in the opening race of round four of the Michelin Le Mans Cup. On row one, the United Autosports #23 with Wayne Boyd at the controls on pole position with a lap of 3:47.025s. The #14 Eurointernational Ligier and Niko Kari should have been by his side with the second-best time in qualifying, but its time was disqualified at the end of the second session and for both races. The cause, an empty fire extinguisher. This penalty promoted the #3 DKR Engineering Duqueine 08 of Jean Glorieux and Laurents Hörr to the front row. On row two, the #4 Realteam Racing Ligier JS P320 with David Droux aboard and Nicolas Maulini in the #37  Cool Racing Ligier JS P320.

At the start there were few changes in the order among the leaders, but a few laps later three Ligier JS P320s occupied the top 3. The #4 and #37 overtook the #3 Duqueine 08 while two JS P320s were forced to return to the pits. The #75 IDEC Sport Ligier JS P320 of Patrice Lafargue and Stéphane Adler was the first retirement of the race, following contact with a Ferrari. The next to call it an early day was the CD Sport #5 of Adcock and Jensen, which just made it into the race after an engine change in record time between the second qualifying session and the start of the race. The team experienced more bad luck when the sister car, the #6 of Wolf and Bole-Besançon wasn't classified.

During the pit stops, the drivers of the United Autosports #23 and the Realteam Racing #4 handed over to their respective bronze team-mates, John Schauerman and Esteban Garcia, while teenager, Edouard Cauhaupé took over in the Cool Racing #37. He took the lead and then found himself under threat from the very experienced Laurents Hörr in the #3 DKR Engineering Duqueine 08. The young Frenchman resisted for quite a long time. But on the final lap of the race Laurents made the pass.

The sister car, the #69 Cool Racing Ligier JS P320 of Bell and Smith drove an excellent comeback race to finish third with Matt Bell clocking the fastest lap of the race in 3:47.535s.

The two United Autosports JS P320s, the #24 of Daniel Schneider and Andrew Meyrick and the #23 of John Schauerman and Wayne Boyd round out the top 5. The #15 RLR MSport duo of James Dayson and Malthe Jakobsen finished in seventh place.

The Realteam Racing #4 of David Droux and Esteban Garcia and the #12 of Team Virage driven by James Winslow and Tom Cloet crossed the finishing line ninth and eleventh.

The Eurointernational #14 of Niko Kari and François Hériau couldn't make up lost ground.