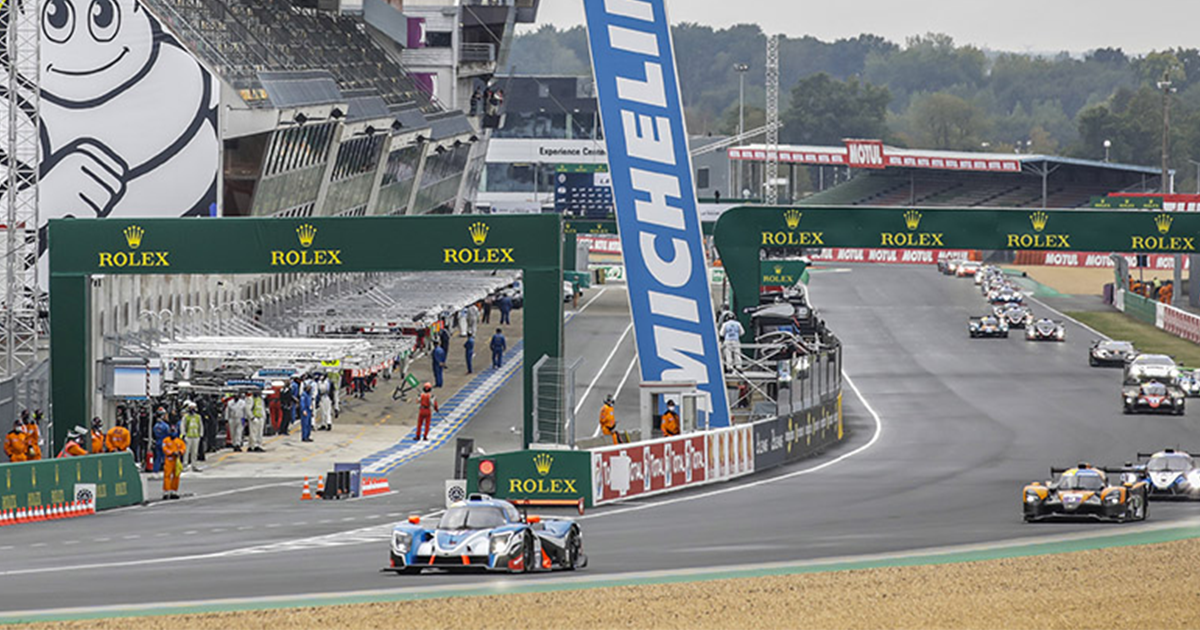 Road to Le Mans race 2: An uncontested victory for the #37 Cool Racing Ligier JS P320 and a podium finish for the sister car, the #69.

September 19, 2020: The #37 Cool Racing Ligier JS P320 of Nicolas Maulini and Edouard Cauhaupé gets sweet revenge. It led race 2 from start to finish with an error-free performance in difficult conditions to take a second success in the Michelin Le Mans Cup, following its second-place finish in race 1. Maurice Smith and Matt Bell in the sister car, the #69 Ligier JS P320 finished third to offer the Swiss team a double podium.

In Friday qualifying, the Ligier JS P320s confirmed their speed from free-practice on the legendary Le Mans circuit. Nicolas Maulini in the #37 Cool Racing Ligier JS P320 dominated the second qualifying session, which determined the grid for race 2. The Swiss team claimed its second pole position of the season in the Michelin Le Mans Cup, which bode well for the race! The #26 Graff Ligier JS P320 in the hands of Rory Penttinen and the #75 IDEC Sport entry of Patrice Lafargue qualified on row two. The second Cool Racing car, the #69 of Maurice Smith and Matt Bell slotted in on row three.

Saturday at 11:15 am, time for race 2. And the start of the race was very chaotic. The track was slippery, with very little grip, following over night and morning rain. The first victim, a GT car went off on the grid installation lap. The race started carefully behind the safety car. After two laps, while the safety car made its way to the pits, there was barely 45 minutes left in the race. The #37 Cool Racing and #26 Graff JS P320s firmly held on to their positions, while, on a still very slippery track surface, the battle commenced.

The pit window opened at the 22-minute mark, but race leader, Nicolas Maulini in the #37 Ligier JS P320 delayed handing over to team-mate Edouard Cauhaupé in an attempt to extend his lead. Rory Penttinen in the #26 Graff Ligier JS P320 employed the same strategy to close up to the #37, while the #3 DKR Engineering Duqueine 08 and driver Jean Glorieux came in as soon as the window opened.

During the ten-minute pit stop window, a local yellow flag and slow zone were employed. The #5 Ligier JS P320 of Nicholas Adcock and Michael Jensen was stricken with misfortune. After going off circuit, it would not be classified.

When the race went green there were eight laps remaining. The leading trio was bunched up, but Matt Bell and the #69 Cool Racing JS P320 moved up to third place. Was this to be a repeat of race one? Because, Edouard Cauhaupé in the #37 Ligier JS P320 was once again under threat from Laurents Hörr in the #3 Duqueine 08. But this time the #37 of the Swiss Cool Racing team, that led from the very start, crossed the line with a 2.7s margin of victory. A fantastic victory and sweet revenge for the young driver!

For the other competitors the race was also full of plot twists, and sometimes even very difficult, in the middle of the LM P3 and GT field, with very delicate track conditions.

The #26 Graff Ligier JS P320, despite a commendable race from the duo of Rory Penttinen and Matthias Kaiser, ceded its place after a fine duel with the #7 and finished fifth.

Starting 11th with James Dayson behind the wheel, the #15 RLR Msport Ligier JS P320 came home in sixth position. Malthe Jakobsen managed to get the better of Bruce Jouanny in the #27 MV2S Racing Ligier JS P320, which finished seventh.

The #4 Realteam Racing Ligier JS P320 of David Droux and Esteban Garcia finished down the order in 12th place, but it did get some consolation with the fastest lap in the race in 3:48.355s.

Rendezvous for the fifth round of the Michelin Le Mans Cup on the Monza track in Italy on October 10, 2020.