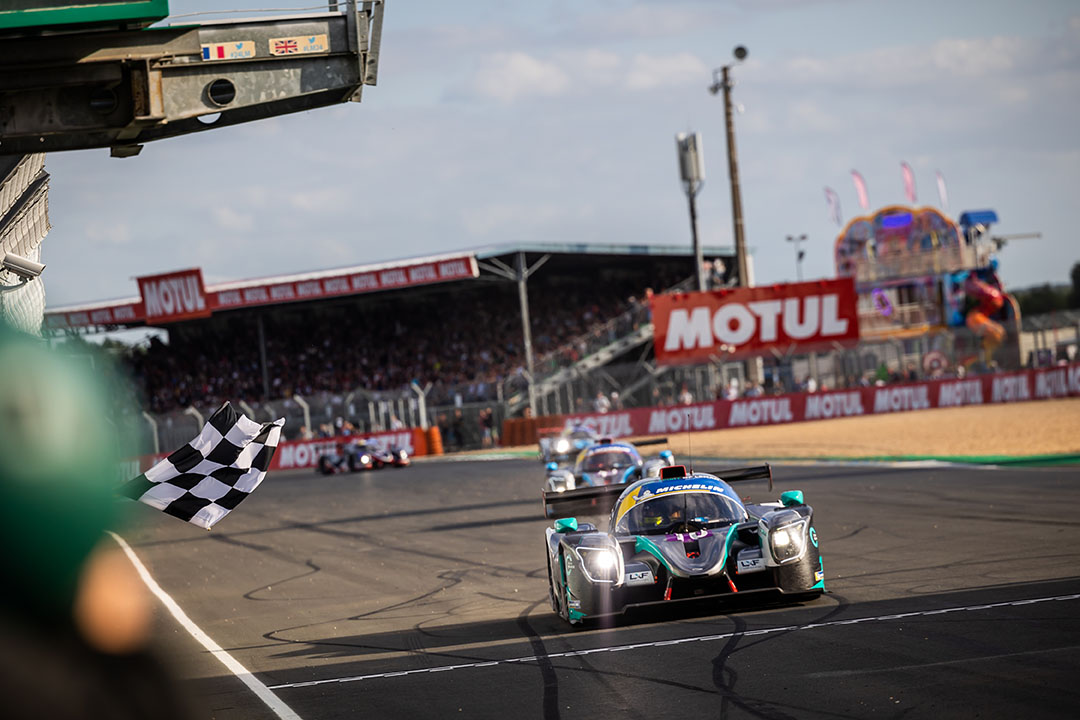 9 June 2022 - In the first race of the Road to Le Mans on the 24 Hours of Le Mans circuit, the Ligier JS P320 sweept the top seven. The #10 Racing Spirit of Leman scored its second win of the season. The sister car, the #43, and the #7 Nielsen Racing completed the podium.

It was a chaotic start to the race. From third place on the grid, the #10 Racing Spirit of Leman Ligier JS P320 (Alexander Mattschull and Tom Dillmann) overtook the #69 COOL Racing Ligier JS P320 (Maurice Smith and Malthe Jakobsen) for second place. Some of the competitors were swapping paint through the Dunlop Chicane. The #69 lost control and went into the gravel trap. A GT3 car was also involved in the incident, which brought out the first yellow flag and the introduction of a slow zone. In the chaos, the #27 of 24-7 Motorsport (Andrew Ferguson and Louis Hamilton-Smith) spun and stopped on the track, bringing an early end to its race.

A hectic race one at Le Mans

The #10 Racing Spirit of Leman Ligier JS P320 (Alexander Mattschull and Tom Dillmann) and the #6 ANS Motorsport Ligier JS P320 (Jonathan Brossard and Nicolas Schatz) quickly overtook the competing #3 chassis, moving into first and second place respectively, before the #6 took the lead from the #10. Behind them, the #77 Reiter Engineering (Freddie Hunt and Mads Siljehaug) moved up twelve places in the classification to third. The leading trio held position for the next two laps. A battle for second place ensued between the #10 and the #76.

A GT car went off the track violently on lap five, resulting in another yellow flag. The field took advantage of this to make their pit stop and change drivers. And the #76 Reiter Engineering Ligier emerged in the lead.

But the #10 Racing Spirit of Leman Ligier JS P320 battled back and retook the lead of the race one lap eight, followed by its sister car, the #43 (Jacques Wolff and Josh Skelton). The LMP3 teammates went on for a one-two finish, separated by less than a second. It was the #10's second win of the season and the #43's first podium result.

After passing the #76 Ligier JS P320 on lap nine, the #7 Nielsen Racing (Anthony Wells and Colin Noble) finished third, just 2.1 seconds adrift of the victors. The 2021 Le Mans Cup champion team returned to the Road to Le Mans podium after winning race one of the 2021 edition.

The Ligier JS P320 locked out the top seven

In addition to the all-Ligier podium, the JS P320 monopolised the top seven places, with the #23 United Autosports (John Schauerman and Wayne Boyd) finishing fourth, ahead of the #76 Reiter Engineering, the #25 COOL Racing (Michael Benham and Duncan Tappy) and the #29 MV2S Forestier Racing (Louis Rousset and Jérôme de Sadeleer).

It was a flawless race for the Ligier JS P320, which won for the third consecutive time since the 2022 Michelin Le Mans Cup season-opener at Circuit Paul Ricard in April.