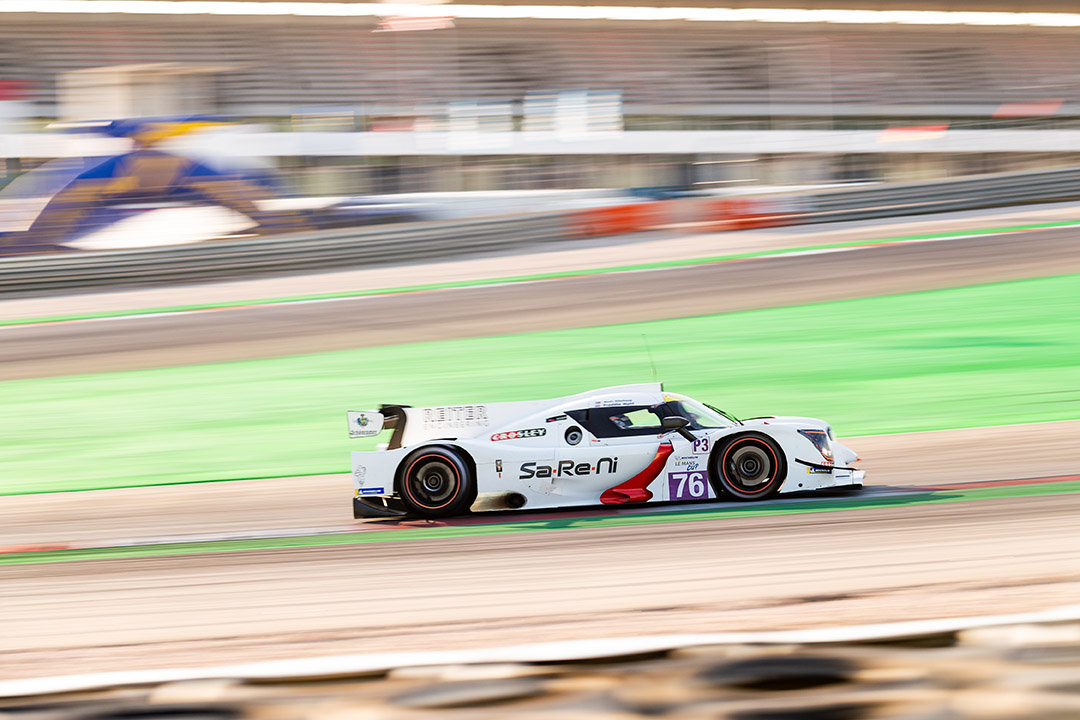 Le Mans Cup: The win and a lockout of the podium, the Ligier JS P320 reigns supreme at Portimão

16 October 2022 - The final Michelin Le Mans Cup race of the year at Portimão was cut short by a red flag. But it was an intense affair for the Ligier JS P320s, with a sweep of the top seven, led by the #76 Reiter Engineering car, which took its maiden win of the season. The #7 of Nielsen Racing finished second and the #10 of Racing Spirit of Léman, crowned at Spa-Francorchamps, completed the podium. The French constructor finished the season on a high note with the top 7 of the LMP3 Teams Championship.

The season finale got underway at 9 am local time. The #10 Racing Spirit of Léman Ligier JS P320 (Alexander Mattschull and Tom Dillmann), which won the title at Spa-Francorchamps, qualified second on the grid ahead of the #76 of Reiter Engineering (Freddie Hunt and Mads Siljehaug) and the #29 of MV2S Forestier Racing (Jérome De Sadeleer and Louis Rousset). Freddie Hunt in the #76 moved up one place at the start, while the #10 and #29 battled for third place. Later, the #6 of ANS Motorsport (Jonathan Brossard and Nicolas Schatz) went off at turn 11, causing a yellow flag, and then a safety car period. At the restart, the #11 slowed down before the start line after he had already accelerated. Behind him, Freddie Hunt, in the #76 Ligier JS P320, was caught off guard and slowed down. Behind the wheel of the #29 MV2S Forestier Racing Ligier JS P320, Jérome de Sadeleer wheeled out and slammed into the pit-straight wall. Fortunately, the driver was unharmed. The race was red-flagged for over an hour.

The Portimão Round resumed behind the safety car with 32 minutes remaining on the clock. Several LMP3 cars pitted to change drivers. After about ten minutes, the safety car period finally ended. The drivers did all they could to have a shot at a podium result. The #27 of 27-7 Motorsport (Andrew Ferguson and Louis-Hamilton Smith) was in the lead but then lost ground to its rivals. The #76, now driven by Mads Siljehaug, made its way back into the top three. There was another yellow flag a few minutes later when the #43 Racing Spirit of Léman (Jacques Wolff and Josh Skelton) stopped at the edge of the track.

At the restart, it was madness: the Ligier JS P320s battled at the sharp end of the order. Less than two minutes before the chequered flag, the #76 passed the leader. Third, Tom Dillmann in the #10 also tried his luck. Behind him, Colin Noble in the #7 was hot on his heels. The British driver took advantage of a double slipstream to make a superb overtake. He gained two places and slotted in behind the #76. The #10 was third ahead of the #69 of COOL Racing, driven by Malthe Jakobsen.

Reiter Engineering and the #76 Ligier JS P320 scored their first Michelin Le Mans Cup success. The team finished the season runner-up to the #10 Racing Spirit of Léman, which won the championship last month at Spa-Francorchamps. The title-winning team left Portimão with another top-three finish behind the #7 of Nielsen Racing. The Ligier JS P320 swept the top seven places and clocked the fastest lap of the race with David Droux in the #40 of Graff Racing.

This is the fourth LMP3 title won by the Ligier JS P320 in 2022. And it certainly won't be the last, with the European Le Mans Series and Ultimate Cup Series titles already secured one round before the season finale!